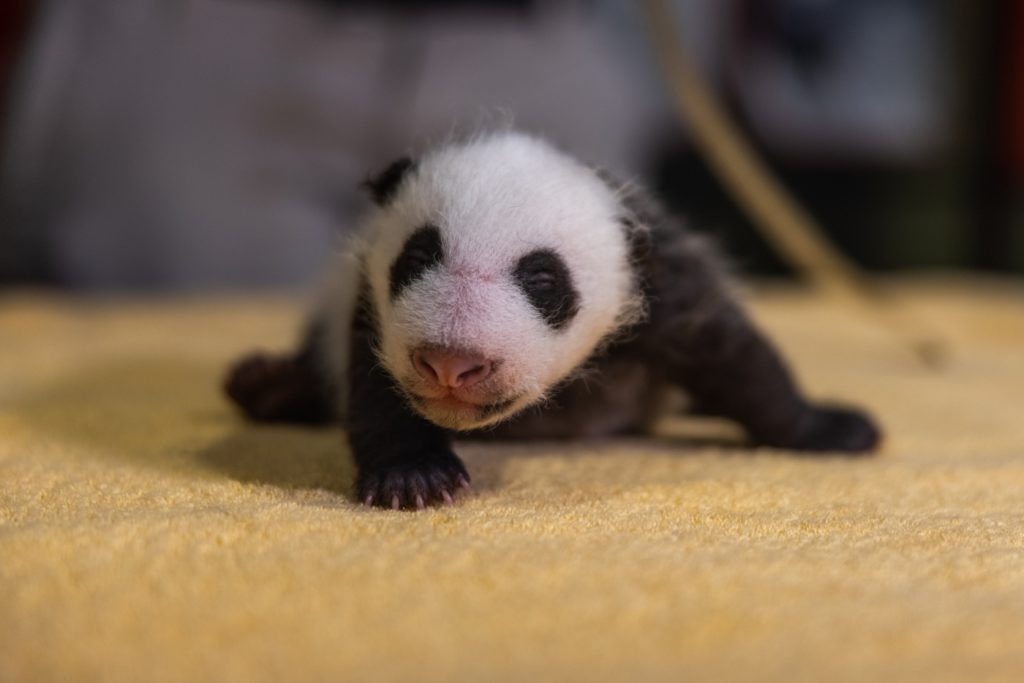 Zoo veterinarians say that the cub appears to be healthy and strong. During a brief exam conducted by the panda team Oct. 1, keepers took the cub’s measurements. He weighed 3.6 pounds and measured 14 inches from nose to tail tip. His abdominal girth was 12.5 inches. Both of the cub’s eyes are starting to open. Keepers are encouraged by his progress.”