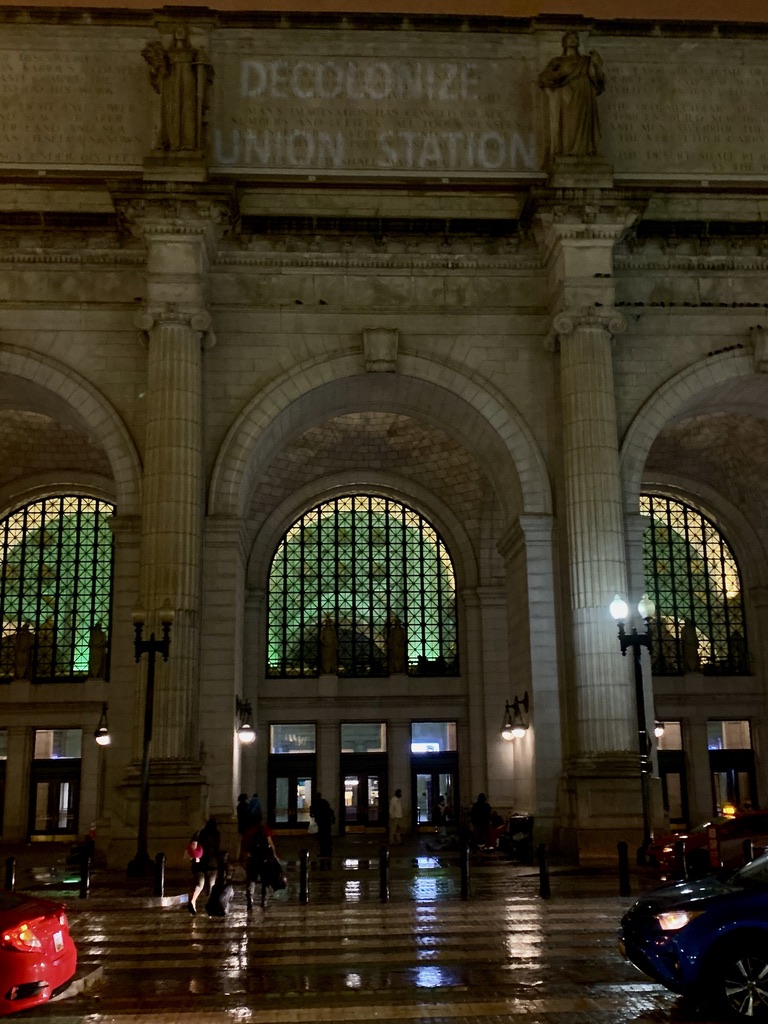 “DC residents will gather in Columbus Circle on Indigenous People’s Day, Oct. 12, to hold a voter registration drive, advocate against aspects of the Union Station redevelopment plan every DC agency has opposed, and the violent name Columbus Circle.

Equipped with masks and hand sanitizer, volunteers will spread out across the circle, engaging passersby in conversation about their voter registration status and their plan to vote in the 2020 elections.

The location and timing of the Arm in Arm action will focus on current issues surrounding Union Station’s redesign plan and the namesake of its address. Earlier this year, the Council of DC released its plan to redesign the District’s transit hub, drawing swift backlash from city residents and the business community alike in its senseless expansion of its parking garage, currently slated to have 1,600 parking spaces. Such a large number of private vehicles stands at odds with both the city’s Vision Zero initiative and Sustainable DC plan for an environmentally-friendly city of the future, and gets in the way of the accessibility and transit improvements that are the purpose of the station’s redesign.

Notably missing from the redesign plan was a name-change in the traffic circle where Union Station is located. Each time the visitors or residents pass through the city’s train station, they are reminded of the violent colonization of the country, both by the street named Columbus Circle and a massive fountain featuring a prominent statue of the colonizer himself, standing in perpetuity over a kneeling Native man. These symbols recognizing the colonizer are irreconcilable with the nation’s march towards racial justice and equality, especially for the thousands of Native people who now call the District home.

To bring attention to the injustices brought against Indigenous People for centuries, the circle, which is named after a colonizer, will be visibly altered to symbolically highlight the erasure of Native voices in the nation’s capital. Arm in Arm plans to conduct a small act of ‘disruptive humanitarianism’.  Additionally, local officials have been invited to attend to share brief remarks.

“The direct action will remind people that city’s transit hub is located on a street named after a man whose life was characterized by abuse and murder towards the native population of the Americas,” said organizer Keya Chatterjee.

While the District has worked to provide easier access to voters, questions can still arise around the voting process, the number of registered voters has only increased by 46,942 since this time in 2016. It is through grass roots movements such as today’s voter registration drive that the District slowly moves towards having all of its eligible residents registered to vote.

Arm in Arm acknowledges that this event takes place on Nacotchtank and Piscataway lands. 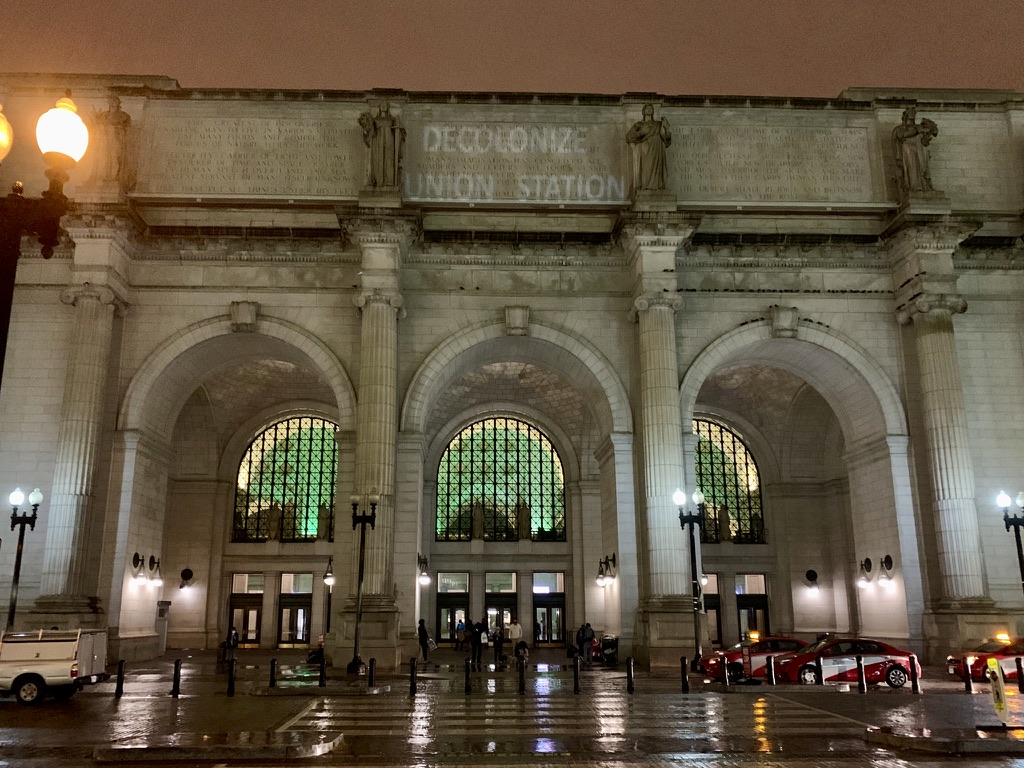 Arm in Arm is a national movement working to ignite a transformational era that will end the climate crisis by centering racial and economic justice.  The DC Hub organized this event.”