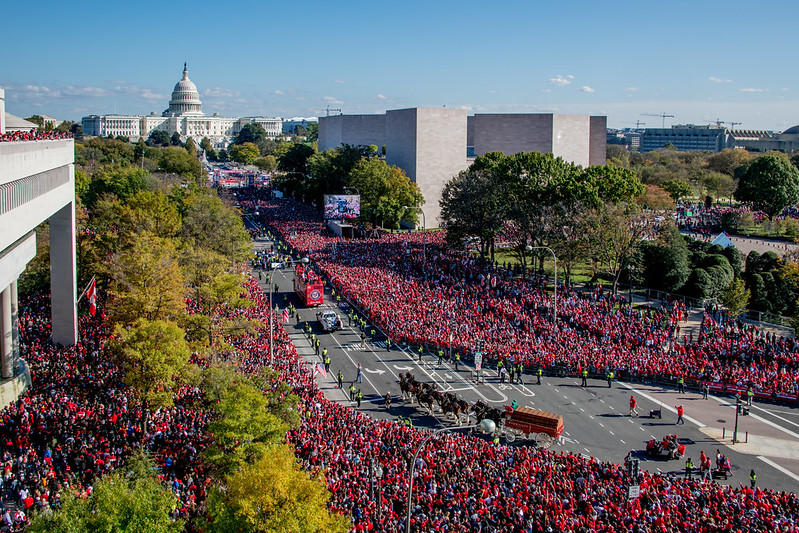 “The Washington Nationals have agreed to a multi-year contract extension with President of Baseball Operations and General Manager Mike Rizzo.

Rizzo, 59, was rewarded with this contract after serving as the architect of the Washington Nationals 2019 World Series Championship. Under Rizzo’s leadership, the Nationals have transformed into one of Major League Baseball’s perennially elite clubs, winning a World Series in 2019, earning four National League East titles (2012, 2014, 2016, 2017) and one Wild Card berth (2019) in the last eight seasons.

“We are thrilled that Mike will continue to lead our club,” said Washington National’s Managing Principal Owner Mark D. Lerner. “He guided us through the early years of building this franchise into what it is today – a perennial contender that brought a World Series Championship home to Washington, D.C. last season. I look forward to continuing our strong working relationship for years to come.”

For his efforts in leading the Nationals in 2019, Rizzo was named Executive of the Year by both Baseball America and the Boston Chapter of the Baseball Writers Association of America.

Rizzo was the first and most significant hire made by the Lerner family after assuming control of the Nationals franchise in July of 2006. Brought on first as Assistant General Manager, Rizzo’s arrival in The District signaled a renewed emphasis on amateur talent and building a successful organization from the bottom up. Rizzo was promoted to President of Baseball Operations and General Manager on Aug. 1, 2013, continuing his swift ascension within the organization and reflecting his strong working relationship with the Lerner Family.

Under Rizzo’s leadership, the Nationals have drafted and signed 58 eventual Major League players via the First-Year Player Draft – an average of almost five big leaguers per Draft from 2007 to 2018. In addition, Washington’s revamped scouting efforts in Latin America, led by Rizzo, have yielded some of the top talent out of that region.

The 2020 season marks his 12th as the head of Washington’s baseball operations. He currently sits as the fourth-longest tenured General Manager in Major League Baseball.”