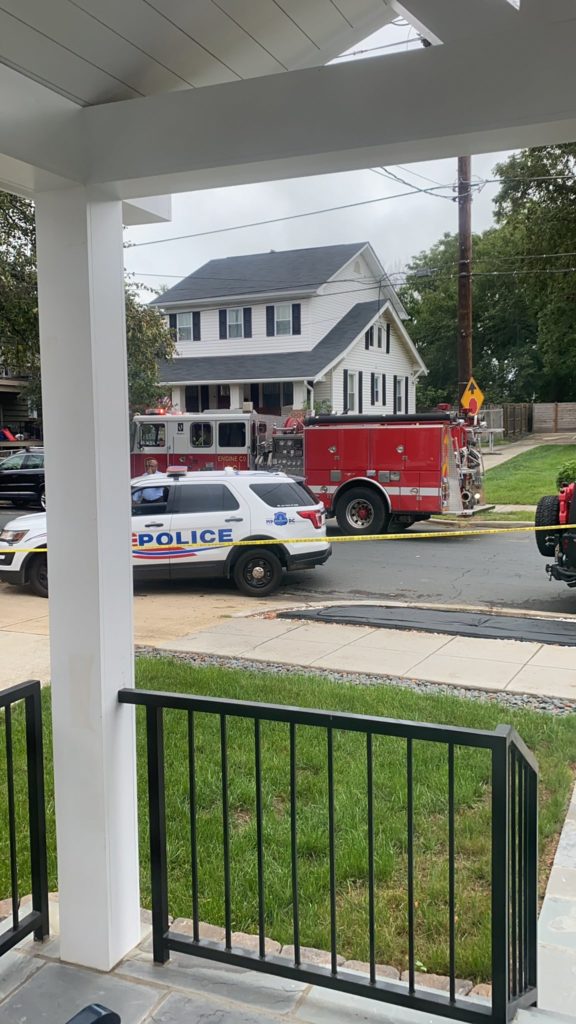 10th Street, NE between Jackson and Irving. Photo by Jeannine

Starting around 4:45pm readers have reported:

“More than twenty police vehicles and a couple fire trucks rushing through Brookland on franklin and 12th.”

“2 people shot at the metro”

“one victim at Metro and the other a number of blocks south on 9th street.”

“Detectives from the Metropolitan Police Department’s Homicide Branch are investigating a homicide that occurred on Wednesday, September 9, 2020, in the 900 block of Irving Street, Northeast.

At approximately 4:34 pm, members of the Fifth District responded to the listed location for the report of a shooting. Upon arrival, officers located an adult male suffering from multiple gunshot wounds. A second adult male was located in the 800 block of Michigan Avenue, Northeast, suffering from multiple gunshot wounds. DC Fire and Emergency Medical Services responded to the scene and transported the victims to a local hospital for treatment. After all life-saving efforts failed, one the victims was pronounced dead. The other victim was treated for non-life threatening injuries.

The decedent has been identified as 31year-old Jonathan Raiford, of Northeast, DC.