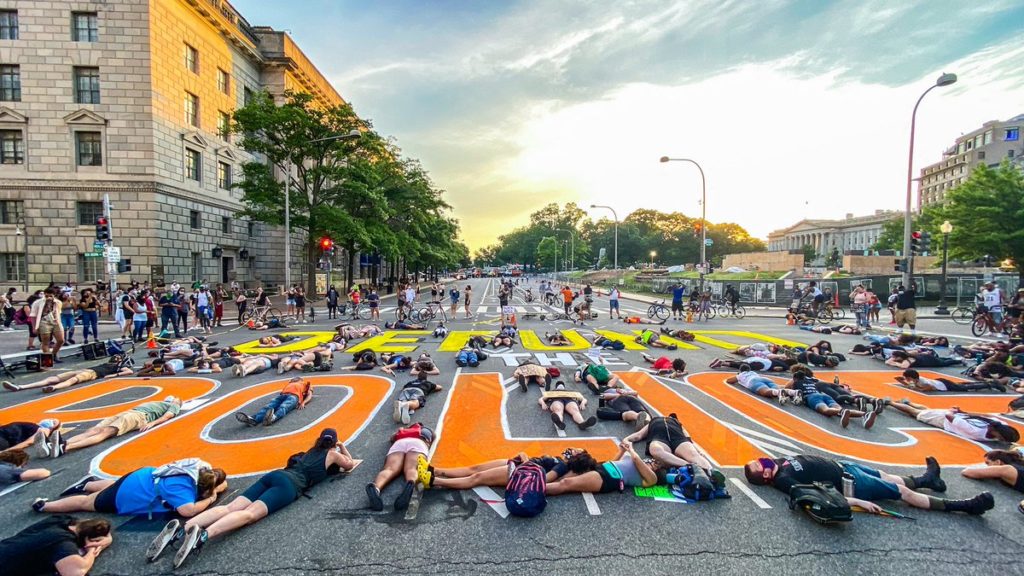 Thanks to dcitty for sending the powerful photo above Saturday: “Die in at the #DefundThePolice street mural at 14th & Penn Ave”

Ed. Note: Molly Ward reports that this mural has been removed Sunday morning.

MB captures the shot below and the White House fence: 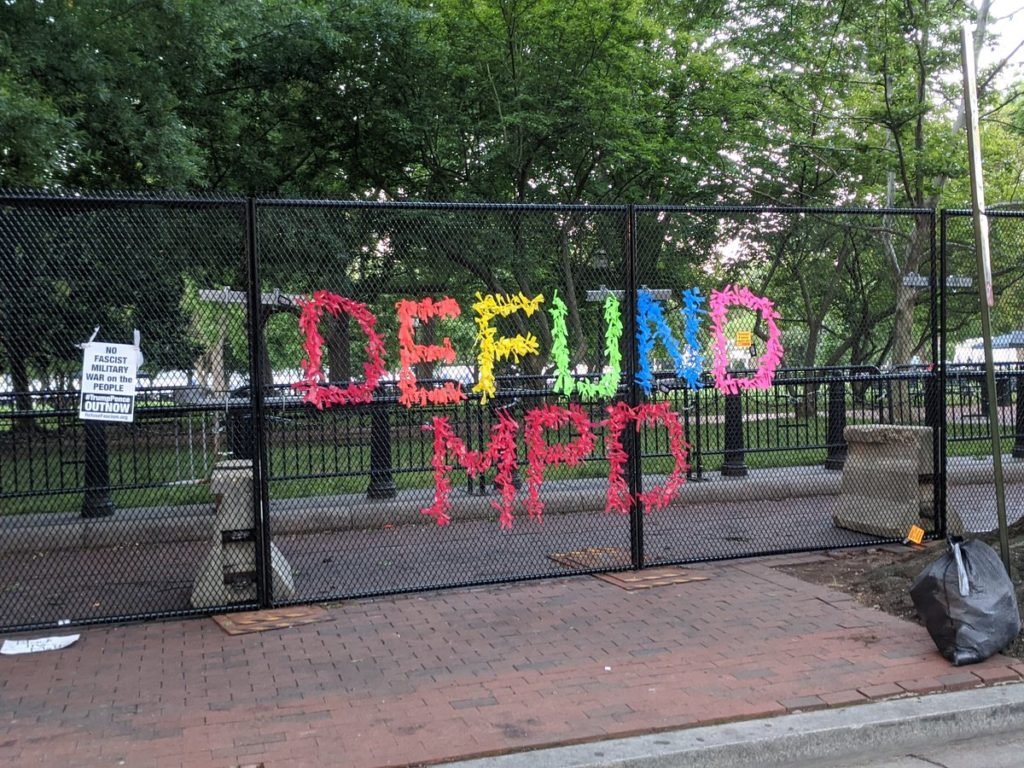 I wasn’t sent a good photo of just the Defund Police writing next to the huge Black Lives Matter lettering in front of the White House but a friend did post on Facebook: “Protestors painted over the three stars so it says
BLACK LIVES MATTER = DEFUND THE POLICE” 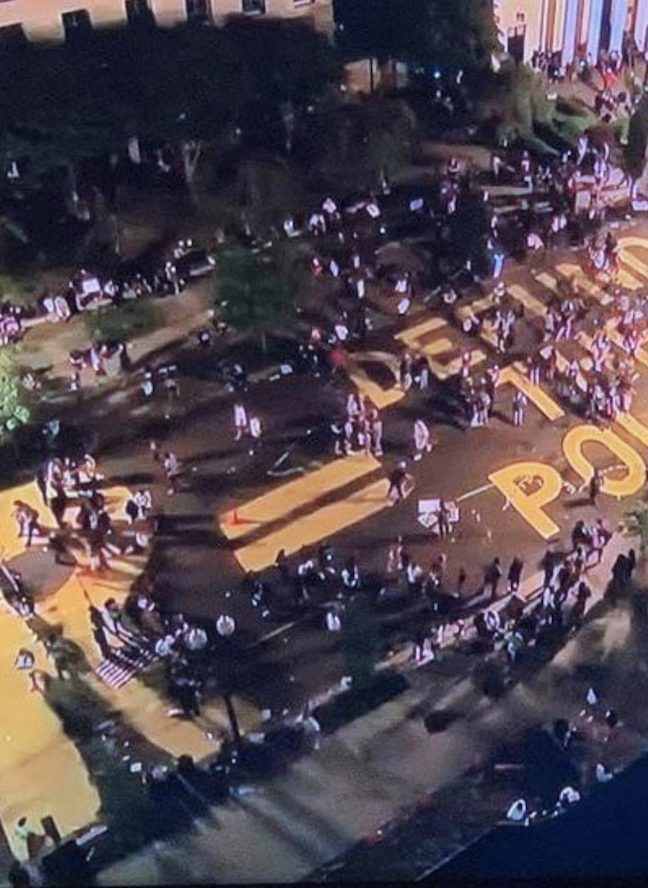