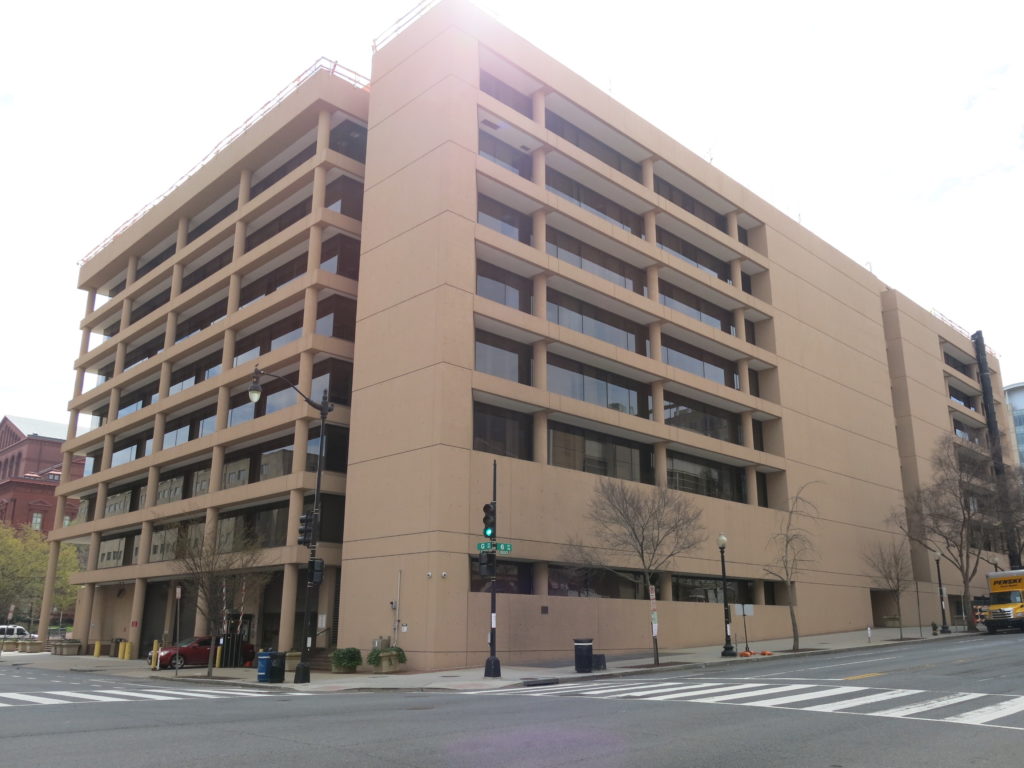 “Metro announced today the selection of Stonebridge and Rockefeller Group to redevelop its downtown DC headquarters site, the Jackson Graham Building (JGB), in the heart of the District’s Gallery Place commercial and entertainment area.

The developer will reposition the building – keeping the current Jackson Graham Building (JGB) structure – and reimagine it as a mixed-use commercial development, including the addition of three floors to the structure. The deal will generate long-term revenue for Metro through annual payments over the term of the 99-year ground lease agreement.

“The redevelopment of the Jackson Graham Building site leverages a prime piece of real estate, in a highly sought-after area, that will benefit Metro for decades to come,” said Metro General Manager/CEO Paul J. Wiedefeld. “This agreement, combined with Metro’s investment in new office space at L’Enfant Plaza, New Carrollton and Alexandria will also spur economic growth and revitalize the communities we serve.”

Stonebridge and Rockefeller were chosen out of 14 highly competitive proposals, exceeding the initial valuation range of $75-$125 million for the site. The joint development will be presented to Metro’s Board of Directors on Thursday for their approval.

“Reimagining the existing WMATA headquarters will generate new jobs, retail, and additional vibrancy between two downtown landmarks — the Capital One Arena and the National Building Museum,” said John J. Falcicchio, Acting Deputy Mayor for Planning and Economic Development. “We look forward to working with WMATA and the Stonebridge-Rockefeller team as they deliver a dynamic project that we trust will be the next great landmark in the heart of the Nation’s Capital.”

“This opportunity is extremely rare in the D.C. market, in terms of location and scale, and the ability to improve on an existing use rather than demolish and rebuild,” said Douglas M. Firstenberg, a Principal of Stonebridge. “We are looking forward to collaborating with Rockefeller Group and Metro on a project that will create substantial value and community benefits for many years to come.”

“Rockefeller Group is very proud of our team’s selection by Metro and honored to pursue this once-in-a-generation opportunity with Stonebridge,” said Hilary Allard Goldfarb, senior vice president and head of development for Rockefeller Group in the Mid-Atlantic region. “Together, we share a commitment to the added value of outstanding design, and the creative implementation of mixed-use projects. This opportunity furthers our goal to grow an impactful, lasting development business in Washington D.C.”

more stories
Previous
“Anyone else give up on the Circulator and instead hop on the next available WMATA bus?”