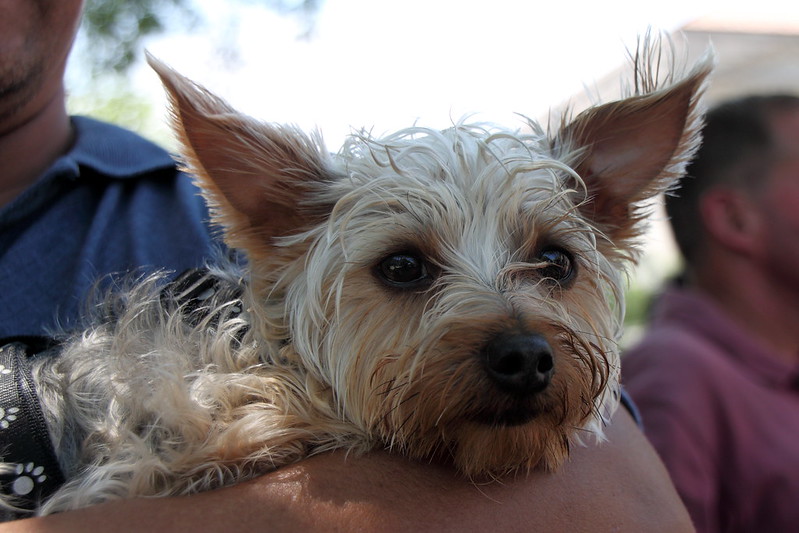 Just a photo of a Yorkie, not the scofflaw in question. Photo by Mr.TinDC

Thanks to Toni for sending yesterday at 3:43 PM: “One of the Stranger Alerts I’ve Received:

Update this morning from MPD:

“Detectives from the Metropolitan Police Department’s Criminal Investigations Division and the FBI Violent Crimes Task Force have announced an arrest has been made in an Unarmed Bank Robbery offense that occurred on Monday, February 24, 2020, in the 3800 block of 12th Street, Northeast.

At approximately 2:40 pm, the suspect entered the PNC Bank at the listed location. Once inside, the suspect presented a note demanding US currency. The bank teller complied. The suspect then fled the scene. A short time later, the suspect was apprehended.

On Monday, February 24, 2020, 26 year-old Carina Powell, of Northeast, DC, was arrested and charged with Robbery.”