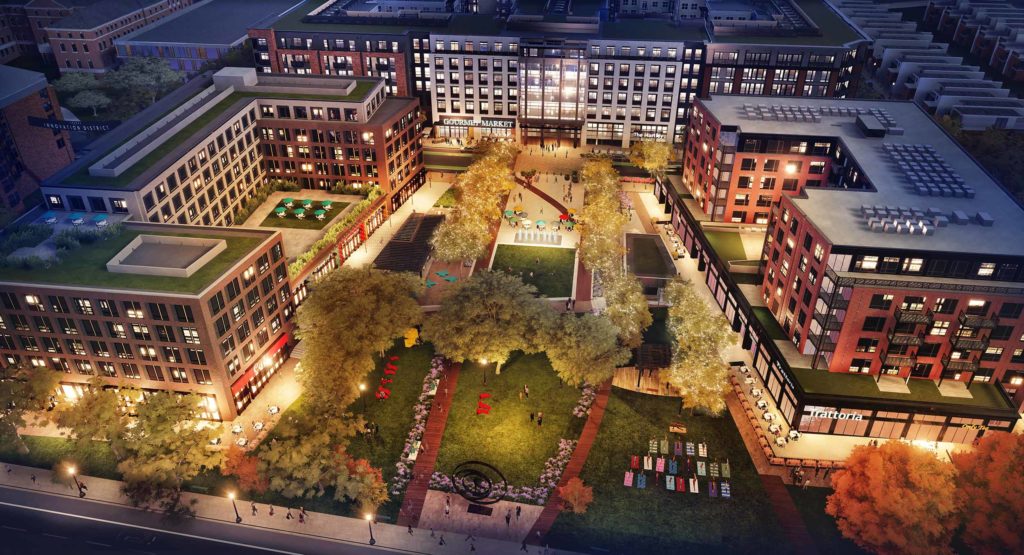 Construction on The Hartley is expected to begin in early 2020 with completion of the project in early 2022. 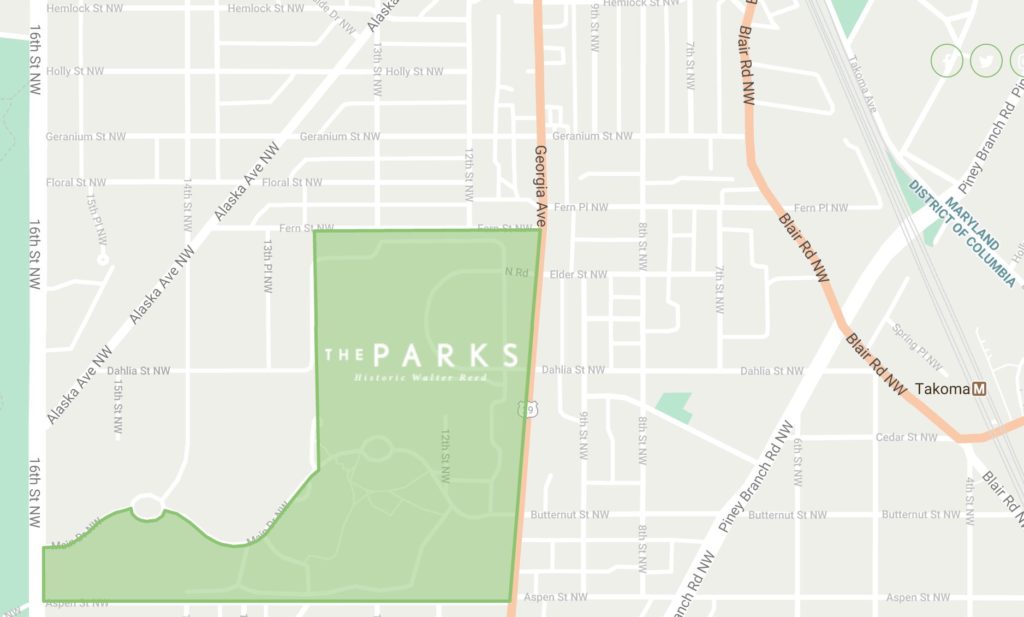 Scott Allshouse, Whole Foods Market’s Mid-Atlantic Regional President, said, “We’re proud to be part of The Parks at Walter Reed, a development that shares many of Whole Foods Market’s values – community, environmental stewardship, quality, and partnership. We look forward to joining this vibrant community and expanding our presence in the D.C. area.”

“We are pleased to welcome Whole Foods Market to this transformative project. Whole Foods Market will be a key addition to the Parks development in one of Washington, D.C.’s best neighborhoods,” said Hines Senior Managing Director Chuck Watters.

Torti Gallas Urban is the architect for The Hartley with interior design by Hickok Cole Lifestyle and landscape design by Oehme van Sweden. Retail broker CBRE+Streetsense is engaged for the Parks retail leasing.

“The Ward 4 community is excited that the Parks at Walter Reed has secured Whole Foods Market as an anchor for the town center. We look forward to the development of this project and the new retail and amenities it brings to neighborhood residents,” said Ward 4 Councilmember Brandon Todd.

“Since the community began planning the Walter Reed project, our focus has always been on how to reimagine this historic space so that it meets the needs of the neighborhood and city,” said Mayor Muriel Bowser. “Already, the campus is home to a firehouse, schools, as well as housing for seniors and formerly homeless veterans. With so much more on the way, the addition of Whole Foods Market is one more way this development is creating jobs and opportunities for our residents and helping us transform the Walter Reed campus into a community that works for DC.”

About The Parks at Walter Reed

Once complete, 66-acre redevelopment of The Parks at Walter Reed will include over 3.1 million square feet of new construction and adaptive reuse of existing historic structures. This once closed-off Upper Northwest historic military medical campus will be transformed into an innovative and inspiring new destination featuring a broad mix of open green parks, recreation, arts, hospitality, 130,000 square feet of grocery-anchored retail, over 2,100 units of townhomes, condos and apartments (including 432 affordable units), office, ambulatory care by Howard University, and two foreign language immersion charter schools (DCI and LAMB). The Parks is immediately adjacent to both the new Children’s National Research and Innovation Campus and the U.S. State Department’s new Foreign Mission Center, flanked by commuter corridors and public transportation. All less than five miles from downtown D.C., The Parks is a convenient destination with uptown charm.”