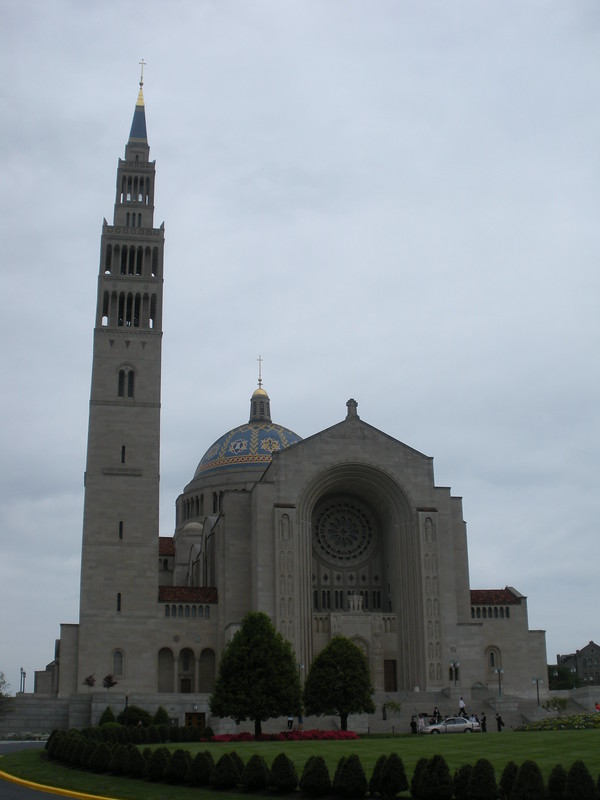 “Detectives from the Metropolitan Police Department’s Fourth District have announced an arrest has been made in reference to an Assault with Intent to Kill offense that occurred on Tuesday, December 10, 2019, in the 400 block of Michigan Avenue, Northeast

The adult male and female victims were transported to an area hospital for treatment of non-life threatening injuries by DC Fire and EMS. The suspect fled the scene in the vehicle and was apprehended a short time later by responding officers. The detectives’ investigation revealed that this offense is domestic in nature.

On Tuesday, December 10, 2019, 48 year-old Dorsey Lee Mack III, of Northwest, DC, was arrested and charged with Assault with Intent to Kill.”

Alan Henney first reported around 9:45am:

“update: STABBING at National Shrine of the Immaculate Conception— 400 Michigan Av NE-DC. 43yr-old man stabbed in chest and eye. Still alive. 2nd patient, 33yr-old woman, was struck by an SUV. She was pinned between 2 vehicles and briefly unconscious. Knife found at scene.”

“POSSIBLE ARMED STANDOFF— in the area of 14th St and Rittenhouse St NW-DC in the Brightwood Neighborhood. Massive police presence in area. Appears to be related to the National Shrine incident.”

“Two security guards were badly injured Tuesday morning at the Basilica of the National Shrine of the Immaculate Conception in Northeast D.C., and police are now in a Northwest neighborhood where the suspect has barricaded himself inside a home.

Both victims were taken to a hospital in critical condition.”