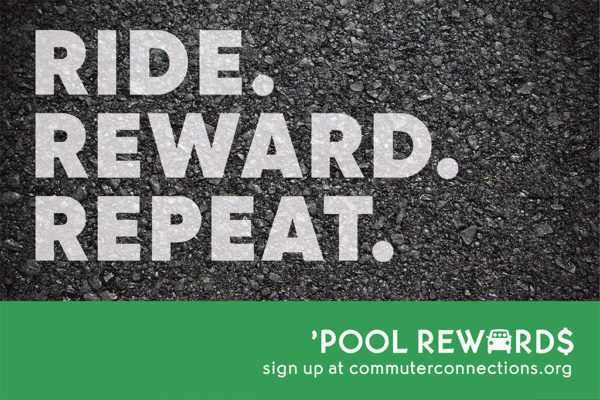 Commuter Connections will pay you to start a car or vanpool. They will also pay each passenger who participates in your pool.

The “Pool Rewards” program not only brings in extra cash, but previous solo drivers can save an estimated 24 minutes on average one-way by using the HOV/Express Lanes, while passengers are able to perform work-related tasks during the commute (38 percent say they do).

The program is free; sign up here. If you are wondering how much your solo commute is costing you, check out Commuter Connection’s “Commuting Cost Calculator.”

Commuter Connections is a regional network of transportation organizations coordinated by the Metropolitan Washington Council of Governments that are united in helping improve the region’s traffic. Commuter Connections offers free services and programs that help employees and employers throughout the region find the most cost-effective, convenient and safe commutes. Commuter Connections provides direct ridematching, and information on public transit, HOV/Express Lanes restrictions, park-and-ride lots, bicycling, and teleworking, and was founded in 1974.

Next
“Bei Bei, the 4-year-old giant panda, began his journey to China this morning.”