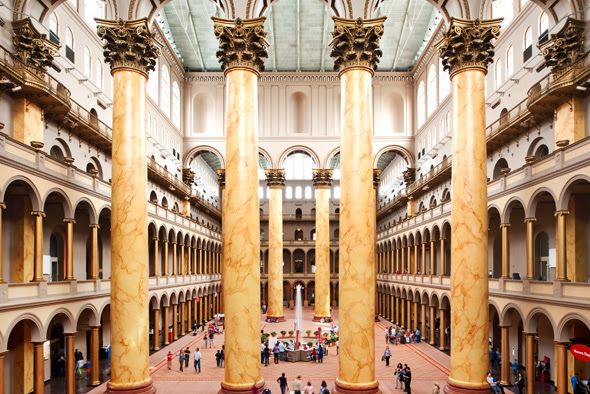 Thanks to Theresa for sending: “Total bummer – this place is a lifesaver in the winter”

From the National Building Museum:

“In 2020, the National Building Museum celebrates its 40th Anniversary–an exciting milestone in a remarkable trajectory of service since 1980. During this landmark year, we will reimagine how visitors experience our mission to inspire curiosity about the world we design and build in thrilling new ways.

As a valued Member of the National Building Museum, we want you to be among the first to know that the Museum will undergo an extensive restoration to the Great Hall’s 19th-century flooring. This means thatwe will close to the public during this construction work on Monday, December 2, 2019 and reopen in March 2020.

When the Pension Building first became the National Building Museum, our mandate included preserving one of the few Italian Renaissance Revival buildings of its day. Over the years it has gone through minor repairs, but recently it became increasingly clear that the 19th-century floor, consisting of a thin concrete slab, had deteriorated with use and age. The General Services Administration and the Museum determined that a three-month closure was the best approach to maintaining a secure and welcoming environment for visitors.”

Read more →
More Stories
Isshin Ramen Soft Opens in Adams Morgan Today!Pity the Police Dispatcher Who Will Get This Call