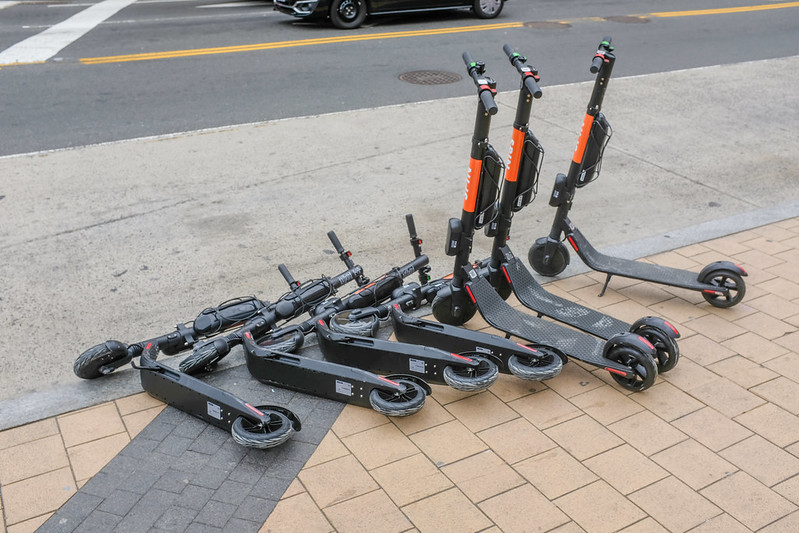 “PLEASE be careful while riding scooters and don’t ride them at night. A man just face planted a few feet in front of my car. I had to call 911 because he wasn’t initially responding and bleeding from his head.

His face was pretty messed up and he’s been taken to a nearby hospital. I think he’ll be fine, but It was really scary and I’m shaken up.

scooters aren’t a reasonable mode of transportation at night. It could have been really bad. I could have run this man over if I hadn’t have been paying really close attention.”

I hope the guy is ok and to be honest I hadn’t thought about the safety of riding at night. So I was wondering what you guys think. For those that ride – does it feel safe to ride at night?

Read more →
More Stories
Here are the D.C. Restaurants that got a 2020 Michelin Star (or more)PoPville T-Shirts continue to Travel the Globe – Albania