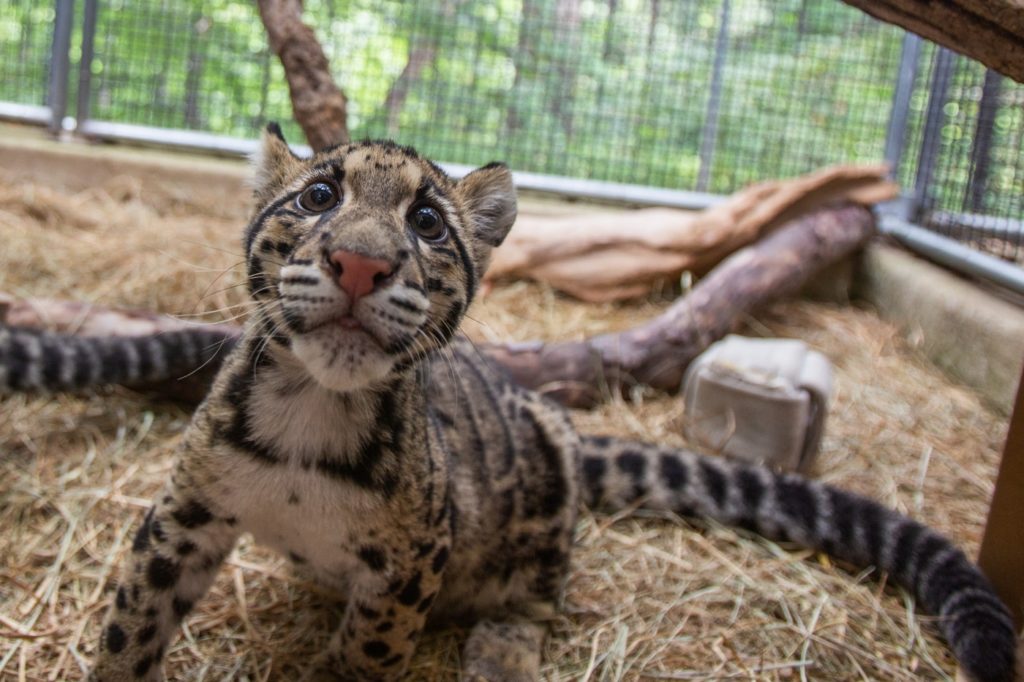 Word of Mei Xiang not being pregnant was rough but this salves the wound a bit.

“For the first time, the Smithsonian’s National Zoo is home to rare clouded leopard cubs. The two cubs are the newest residents on the Zoo’s Asia Trail and will make their public debut Wednesday, Sept. 11. The Zoo has been home to adult clouded leopards since 2006.

The cubs are a male named Paitoon and a female named Jilian. They were born April 29 and March 24, respectively, at the Nashville Zoo. Visitors will be able to see them for short periods of time during the morning at the clouded leopard exhibit from 10:30 a.m. to 11:30 a.m.

The cubs are learning how to climb but will need to be supervised by keepers while they explore and acclimate to their new exhibit. As they become more independent, they will spend longer periods of time on exhibit until they no longer need keeper supervision, and visitors will be able to see them for much of the day.

“The cubs are extremely curious and precocious; they have been exploring and investigating every nook-and-cranny of their new home,” said Michael Brown-Palsgrove, curator of Asia Trail. “It’s a great time to visit the clouded leopard exhibit to see them and learn about all our conservation efforts here and in Thailand.”

Clouded leopards are arboreal and have large paws with sharp claws and long tails that help them adeptly navigate forest canopies of Southeast Asia. The Zoo’s energetic cubs spend most of their time perfecting their natural climbing abilities and wrestling and vocalizing to each other.

Keepers are training them to participate in their own daily and veterinary care. During meal times, keepers train the cubs to only approach their individual stations for food. They are also in the early stages of target training or teaching them to touch a target so keepers can look at different parts of their bodies. Finally, the cubs are training to hold still for vaccinations and health exams. 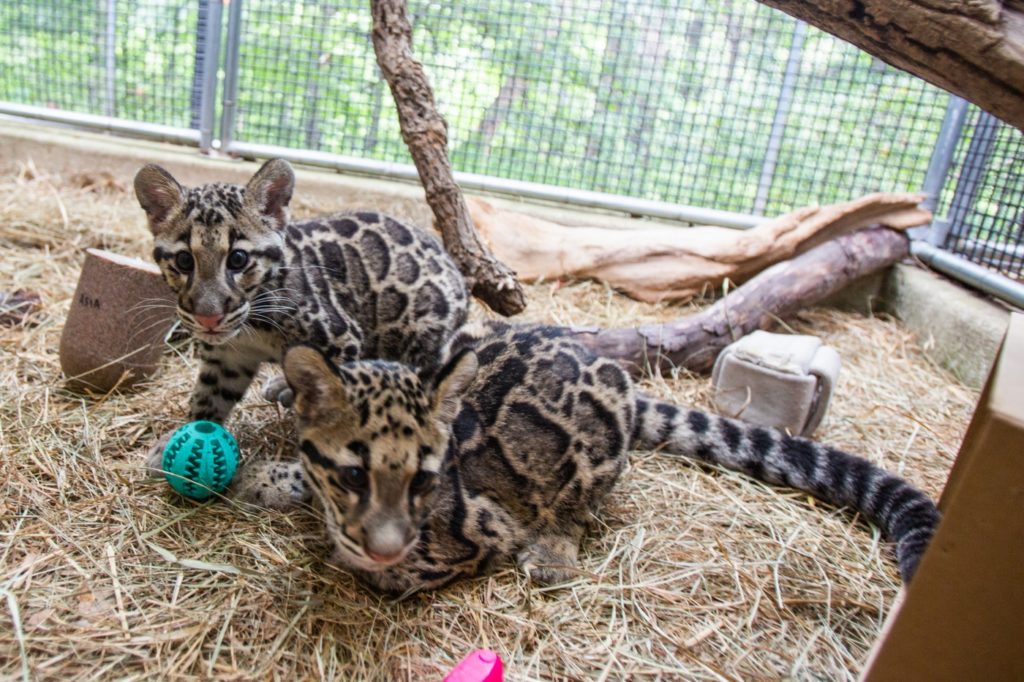 Paitoon and Jilian will live together as a socially bonded pair but will not breed when they are adults. Although they were born to different parents, they are not an ideal genetic match. Clouded leopards are usually hand-raised as cubs to increase the chances they will survive to adulthood and are paired with their future mates by the time they are 1 year old.”

Read more →
More Stories
“Our Express distributor Hassan only found out yesterday that he was losing his job that day.”CVS opens in former Mint Gym space on K Street