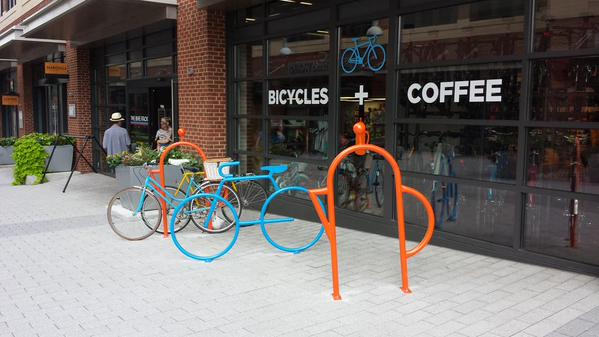 “The Bike Rack and Fox Loves Taco in Brookland are both closed as of now. It is unfortunate and my hope was to be there for a very long time. However, when we first contacted Bozzuto about the space, we were told that there would be an anchor grocery store across the street and the metro busses would be dropping people at the top of the Arts Walk, basically at our front door. It is 5 years later and none of those promises have been fulfilled.

We were even given sales material stating those promises. Without the anchor store there has been no foot traffic and no reason for the residents of Brookland to even go to Monroe Street Market. The retail parking is impossible to find and not marked and the only establishments remaining are fast food chains outside of Brookland Pint and Busboys. On top of all this, the Monroe Street bridge construction was the nail in the coffin for us. So there you have it, promises made and not kept, no foot traffic, bridge construction. Four years at Monroe Street Market did some major damage to my business, we will be rebuilding for a while.”

more stories
Previous
On Your Mark, Get Set… Save Animals!

Next
“Am I right to want them to refund me for my trip as well as for the cost of the pants?”