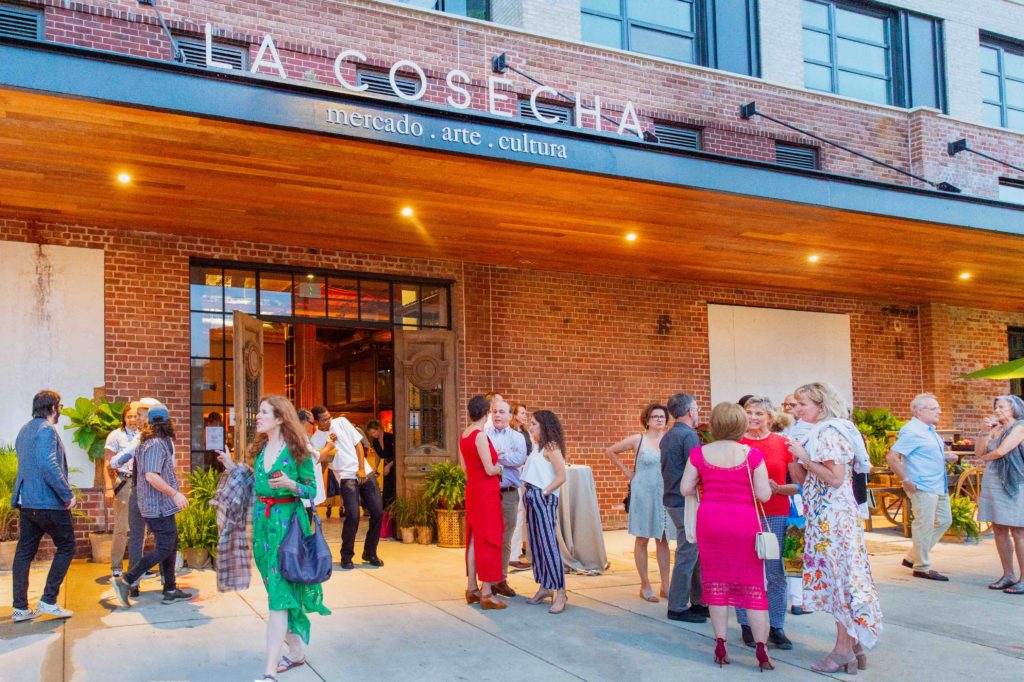 “​After considerable time spent planning and curating La Cosecha, we’re excited and proud to invite all to our preview block party, ​Calle Latina​,​ ​where we’ll be celebrating the colors, textures and sounds of Latin America. The ongoing insights and assistance from Latin embassy partners and the city’s cultural tastemakers have been invaluable in the creation of this new marketplace,” says EDENS CEO Jodie W. McLean. “Inclusivity and cultural appreciation are the foundation of any strong community and seem more important now than ever. We hope that by showcasing these dynamic cultures, we can spark conversations and relationships across diverse cultures.”

“It has been a joy to work with the EDENS team, as well as my La Cosecha colleagues over these past months, bringing to fruition a project that not only celebrates, but elevates, our varied and vibrant cultures and communities,” says El Cielo Chef Juanma Barrientos. “We can’t wait to party and show everyone what we’ve been cooking up!”

Ozomatli, known as much for their music as their activism, are two-time Grammy winners with a one-of-a-kind sound that encompasses a wide array of musical styles, including salsa, jazz, funk, reggae, rap and more. Since their inception in 1995, Ozomatli has performed all over the world in places like China, Tunisia, Jordan and Burma, serving both as cultural ambassadors and advocates for farm workers’ rights and immigration reform.

La Cosecha’s partnerships with Latin embassies, cultural and diplomatic leaders and strategic stakeholders from the Latin community will solidify the new marketplace as a national platform for Latin culture and cuisine. Cultural opportunities for the larger community will include art exhibits, film screenings, live performances, media lab space and outdoor activations throughout the year.

“As the official convention and sports authority, Events DC is committed to supporting the District’s creative communities, as they are vital components to the continued development of our city’s local footprint and growing economy from its residents to businesses,” says Events DC president and chief executive officer Gregory A. O’Dell. “La Cosecha will shine a light on D.C.’s vibrant Latin culture, while showcasing community conversations, electric tastemakers and its artistic contributors and entertainers. We look forward to being a part of La Cosecha’s inaugural festival, where we will take the time to celebrate this dynamic community and culture at home in the District.”