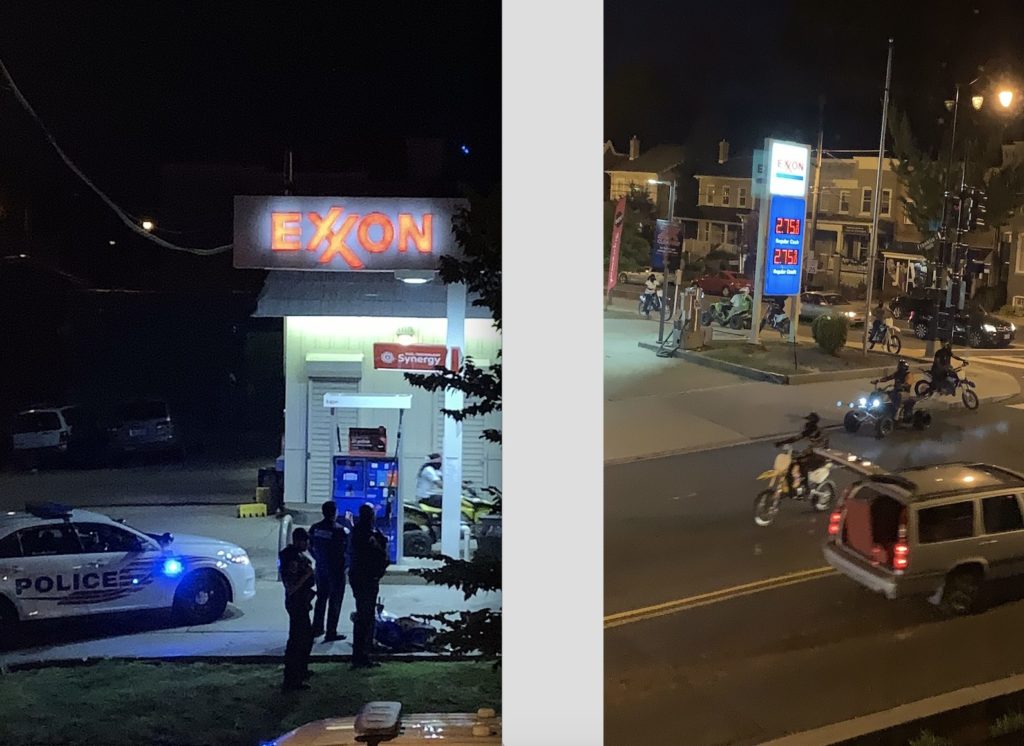 Thanks to a reader for reporting Sunday night:

“This was a regular Sunday occurrence for a bit but had fallen off recently. This was the first showdown we’d seen with the police and the thrill seekers we’d seen. They managed to get one of the bikes when one of the riders lost his balance and had to bail. He headed off on foot with the police in pursuit.

After the police locked down the abandoned dirt bike, the others circled back and began taunting the police. There seemed to be little that the police can do to enforce this without risking others safety.

Traffic backed up for quite a while as they held down both lanes on Franklin St and slowly rolled blocking all traffic while the police tried to catch up to them on foot. Crazy scene to watch go down but even crazier that there isn’t some strategy to counteract this.”