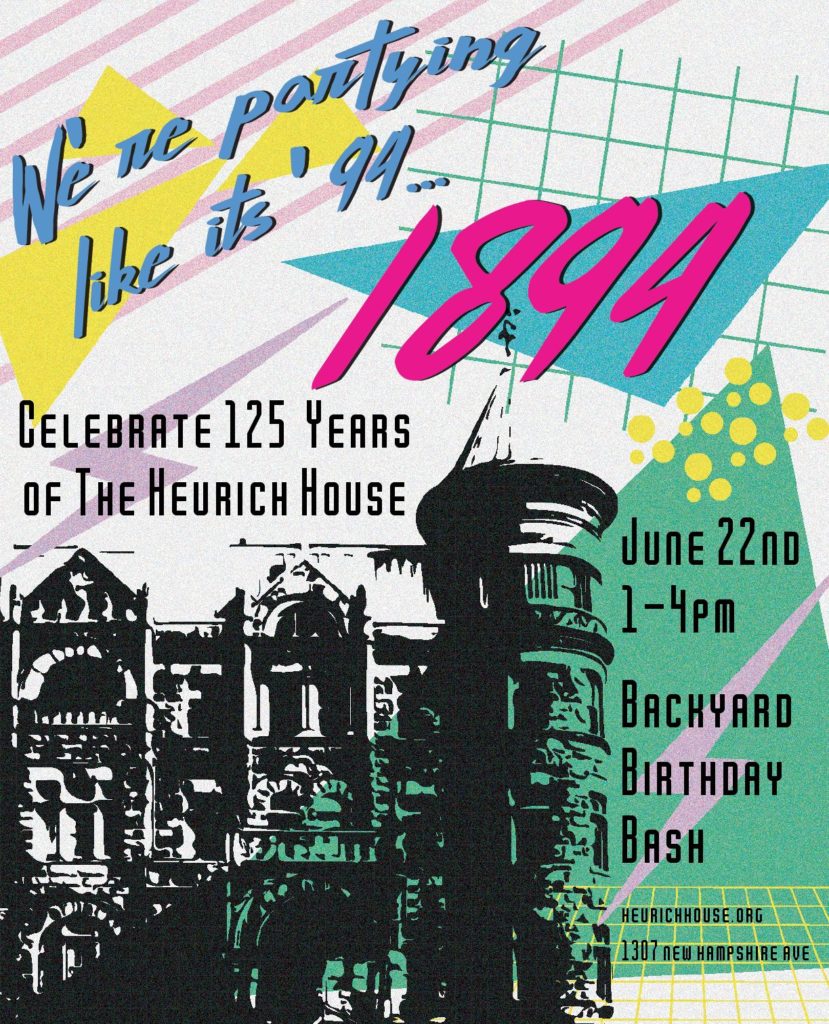 There will be 90’s party favors, a birthday cake, and local beer from RaR Brewing, and without a doubt 1994 Top 40 hits on the boombox. The museum highly encourages guests to dig out their 90’s threads – bring a lawn chair and a few friends.

The event will also feature a taste test (1-2pm) of the most historically and scientifically accurate beer revival, Senate Beer – a DC hometown favorite originally produced by the Chr. Heurich Brewing Co. The museum plans to release the beer to the public this fall.

The house was completed in 1894 after 2 years of construction. The Dupont Circle home was built for Christian Heurich, a German immigrant, local brewer, and philanthropist (1842-1945). He and his family lived in the home from the building’s completion until his wife’s death in 1956.

All proceeds from this event benefit the preservation of the Heurich House. Guests are asked to pay what they can to keep the mansion standing for another 125 years.

1-2pm: Self Guided Tours of the House

Guests must be 21+ with a valid I.D. to purchase or consume alcoholic beverages at this event.”