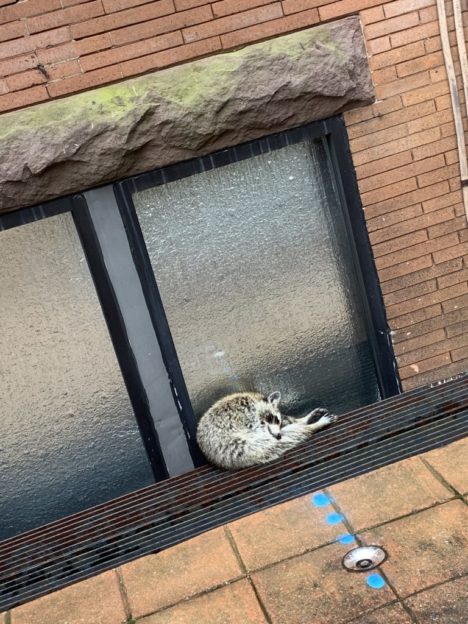 Raccoon dying of rabies outside my office (Wyoming at 18th) in Adams Morgan. Damn it is sad to watch. Heads up that there may be others around too.

I’ve called DC animal control 3x since 7 AM and they sent someone out but the truck were apparently flagged down by MPD en route.

Could be another illness but the signs of late stage rabies are present:

it’s disoriented and sluggish, not hurt but having trouble walking (paralysis), was at least visually responding to dog barks and trucks earlier this morning but has since totally stopped, at one point picked its head up to a huge puddle of drool. Really labored breathing and it’s clearly suffering – hoping animal control shows up and puts the poor thing out of its misery soon.”