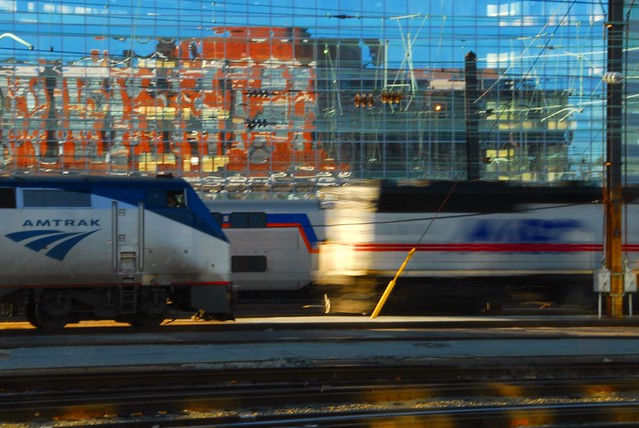 “Congresswoman Eleanor Holmes Norton (D-DC) announced today she has introduced the Banning Smoking on Amtrak Act of 2019, which would codify Amtrak’s internal policy prohibiting smoking, including electronic cigarettes, on its trains.  The bill is modeled after Norton’s bill, enacted into law in 2018 as part of the FAA Reauthorization Act, that clarifies that the smoking ban on airplanes includes electronic cigarettes.

“Although Amtrak has implemented its own policy banning smoking on trains, this policy could be reversed if not codified, particularly in regard to e-cigarettes,” Norton said.  “My bill would make the ban a matter of federal law and put Congress on record in support of protecting people from secondhand smoke and its proven detrimental health effects.  I am reminding my colleagues of the countless lives lost during the decades it took states to ban smoking in public areas.  We should not make the same mistake again by delaying banning electronic cigarettes and vaping devices on trains.”

Tobacco smoking bans have been a critical tool in protecting people from the effects of secondhand smoke, known to increase the risk for serious cardiovascular and respiratory diseases, including coronary heart disease, lung cancer and emphysema, among others.  The World Health Organization (WHO) considers the tobacco epidemic to be one of the biggest public health threats in the world, killing more than seven million people a year.  According to the WHO, there is no safe level of exposure to secondhand tobacco smoke.  Norton said that it is likely the effects of secondhand exposure to electronic cigarettes is harmful, too.”

Read more →
More Stories
Anyone Witness a Pedestrian Hit by a car Sunday 2:05am at Georgia/7th and Florida Ave, NW?Sweet City Ride