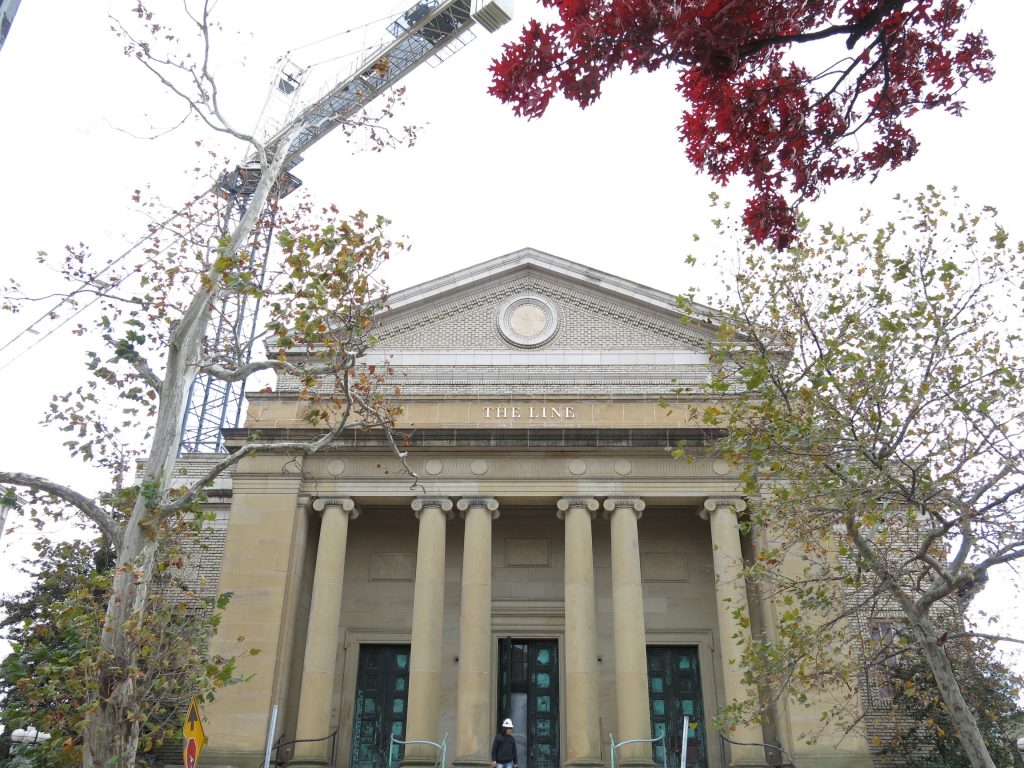 “In response to a request from two D.C. Council members, D.C. Attorney General Karl Racine has issued a legal opinion concluding that the Bowser Administration does not have authority to waive specific D.C. hiring requirements put in law in order for the Line Hotel to qualify for a taxpayer subsidy worth up to $46 million. Earlier this month, the Department of Employment Services (DOES) found that the hotel had not met two of seven specific requirements legislated by the Council but said the agency had the ability to create an alternative compliance plan.

“The Adams Morgan Hotel Real Property Tax Abatement Act of 2010 (“Abatement Act”) grants the Line Hotel a tax abatement if the Hotel meets seven statutory conditions. You asked whether the Department of Employment Services (“DOES”) may waive those conditions. We conclude that it may not,” Racine wrote.

The Line Hotel initially received a tax abatement in 2011, and the law creating the requirements to be met in order to qualify for the $46 million taxpayer subsidy was revised in 2013. Specific hiring targets were detailed in the legislation for both the construction and operation of the hotel. The Line Hotel opened last year in the Adams Morgan neighborhood of Ward 1.

A DOES audit determined that the Line Hotel did not meet at least two of seven specific requirements needed for the tax abatement. Yet, in a letter from the agency to the D.C. Office of Tax and Revenue, DOES stated that the hotel could still qualify for the $46 million subsidy by meeting a new “substitute compliance.” This substitute compliance would allow the hotel to receive the tax abatement after paying a $600,000 penalty over the course of four years. Councilmembers Elissa Silverman (I-At Large) and Brianne Nadeau (D-Ward 1) subsequently sent a letter to Attorney General Racine requesting his opinion on the agency’s authority to alter the abatement’s requirements.

“Economic development in our city needs to benefit our own residents, particularly neighbors in the ward who are eager for work,” Silverman said. “The Line Hotel and the city agreed to these requirements in order for the hotel to get the benefit of a taxpayer subsidy. A small slap on the wrist in the form of a $600,000 fine isn’t adequate.”

“The Line Hotel is a welcome addition to the Adams Morgan neighborhood, bringing new economic activity and daytime foot traffic to this commercial corridor,” Nadeau said. “But the law outlining the terms of its tax abatement are clear about how many residents must have been hired for construction jobs in order for the hotel to qualify. It’s my responsibility to ensure taxpayer dollars are spent responsibly, and that this law is properly implemented, and I’m grateful to the Attorney General for providing his interpretation of the law.”

A copy of the letter from Attorney General Racine is attached.”

Next
Today’s Rental is a “Charming 1br with hardwood floors, custom kitchen and bathroom.”