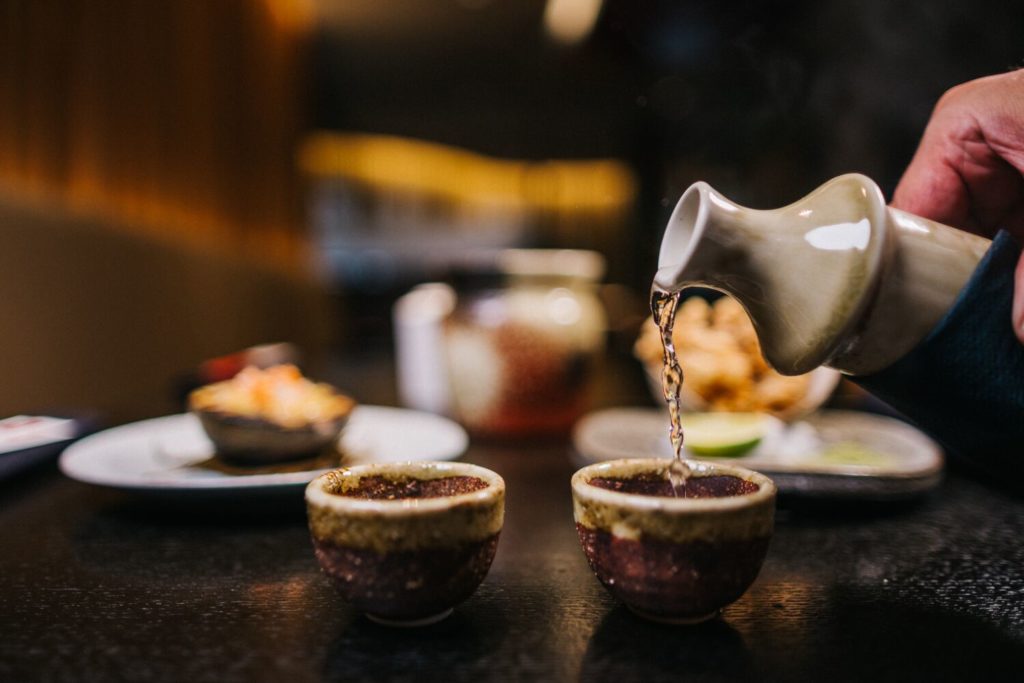 “In 1999, Chef Kaz Okochi opened the doors to what turned out to be one of Washington, DC’s most coveted seats and exceptional Japanese dining experiences, KAZ Sushi Bistro. This April marks KAZ Sushi Bistro’s 20th anniversary milestone. This modern Japanese restaurant is Chef Kaz’s window into creativity, where he pushes boundaries, and creates some of the most authentic yet groundbreaking Japanese dishes ever imagined. Always on the “cutting edge,” Chef Kaz works with Japanese, Western, and other international flavors to create what he calls “freestyle Japanese cuisine”–original presentations, often with a modern twist. 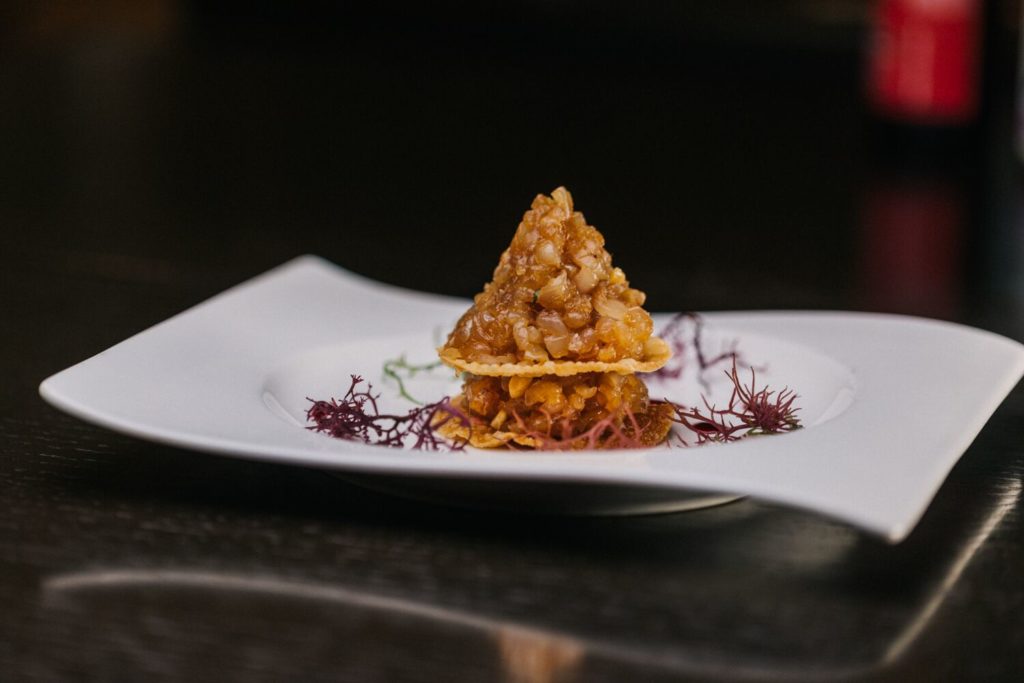 Many Washingtonians know Chef Kaz as the innovative Japanese chef who broke down barriers decades ago by being the first Chef in the nation’s capital to be trained in the art of preparing and serving fugu (or blowfish). He was also the first chef to introduce premium sake to the city and educating guests on the important parameters of the spirit such as its gravity (levels of sugar), acidity (which determines its sweetness or dryness), rice varietal, yeast strain (which determines the fragrance and flavor), and diverse grades (junmai, honjozo, ginjo and daiginjo). Chef Kaz is also known for being one of the first chefs who spearheaded new approaches to nigiri sushi like searing fish on top of nigiri and adding different toppings – a practice that is now common in many sushi restaurants. Throughout the years, his creative “free-style” techniques and approaches have been a source of inspiration to other local chefs and restaurants such as the Inn at Little Washington, where he taught the team how to prepare tuna tartare in a Japanese style and present it in a Western fashion.

In preparation for this platinum anniversary, Chef Kaz has tapped new talent to help him execute his modern approach to Japanese cuisine. Chef Satoshi Kagaya, a graduate of Tsuji Institute in Osaka and an alumni of a Michelin starred restaurant in Kyoto, has been honing his high-level skills, intellectual breath of knowledge and depth of creativity to elevate the culinary level of Japanese dishes including sushi and fugu. Chef Nao Matsui, another Michelin-starred graduate from Japan, will be developing a new and playful dessert menu filled with unique Japanese touches.

To enrich this celebration and beginning this month, KAZ Sushi Bistro will feature a unique Anniversary Omakase menu throughout 2019 consisting of two Japanese appetizers and fifteen pieces of omakase nigiri (Chef’s choice). For sushi aficionados, additional sushi can be added as a supplement for an additional á la carte cost. Omakase means “I leave it to you” in Japanese and allows chefs to show off their culinary skills. This is the optimal way for diners to get a sense of how Chef Kaz’s fusions give an added twist to the dishes. The Anniversary Omakase menu is priced at $100 per person (exclusive of tax and gratuity). Prepared by the KAZ team, the Anniversary Omakase menu will be available only during dinner service at the sushi bar counter.
As an added bonus, on Tuesday, April 16th and Wednesday, April 17th, Chef Kaz and his team will create a unique Kaiseki-style eleven-course Japanese dinner to commemorate the two decades of Kaz Sushi Bistro opening its doors to Washingtonians. Limited tickets will be sold through Eventbrite at $150 per person (exclusive of tax and gratuity).

To compliment these anniversary experiences, guests can also enjoy a Grand Sake Tasting featuring seven of the world’s finest produced sakes, priced at $32. In addition, Chef Kaz in collaboration with Amabuki Sake Brewery have created a special edition Anniversary Sake priced at $48 per bottle or $14 for a small carafe. This is a unique opportunity to taste and learn more about Japanese “nihonshu” or sake as we know it in the west.

Conveniently located a few blocks from the White House, Kaz Sushi Bistro is located at 1915 I St, NW, Washington DC and is open for lunch Monday to Friday from 11:30AM to 2:00PM and for dinner Monday to Saturday from 5:30PM to 10:00PM. For more information, please visit www.kazsushi.com.”