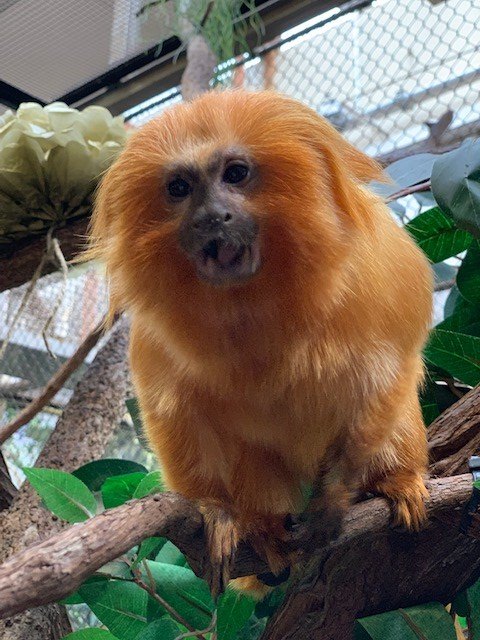 “We are sad to share that Diogo, one of our golden lion tamarins, died Monday, March 4. At 18 years old, Diogo was geriatric for a golden lion tamarin. Keepers and veterinarians made the difficult decision to euthanize him due to his rapidly declining quality of life caused by renal failure and gallstones. He did not have any offspring, but he and his mate Julie were ambassadors for their species.

Julie will eventually get a new mate, but in the meantime she can see and hear another lion tamarin for social interaction. She will also receive extra one-on-one attention from keepers and extra enrichment. Golden lion tamarins are endangered and there are approximately 3,000 in the wild. One third of the tamarins living in the Atlantic coastal forest in Brazil are descended from golden lion tamarins born in zoos and released to the wild, including some from the National Zoo.”

Next
End of an Era in Silver Spring