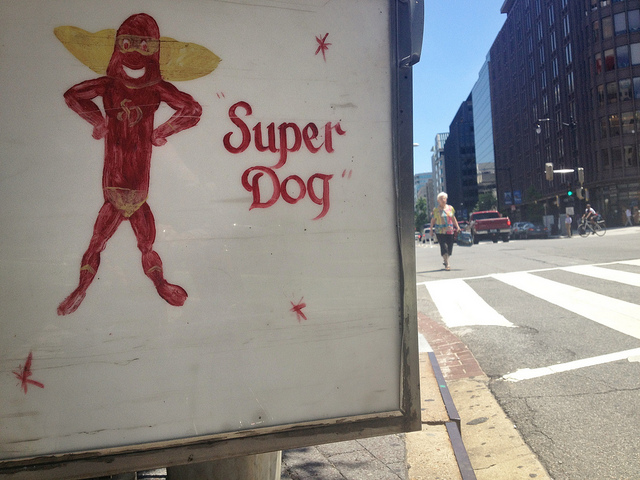 Levy and the Washington Nationals have created an exciting new menu that celebrates the DMV.

Together, Levy and the Nationals developed partnerships with restauranteurs, chefs, bakers, farmers, brewers, and distillers across the region to bring fans new and returning local flavors, including:

o The new Bao Bao stand located near Section 116 will feature a number of house-steamed buns loaded with toppings, including the Ssamjang Mushroom Bao packed with roasted mushrooms and tossed in spicy Ssamjung sauce garnished with red cabbage slaw.
o Other menu items include a Hoisin Pork Bao and a Char Sui Chicken Bao. Cantina 202
o The new nacho and soft shell taco destination for Nats fans is Cantina 202, located in Sections 129, 216, and 314.
o Fans can choose from a selection of nachos and tacos including the Barbacoa taco with shredded and
braised beef, fire roasted salsa, cilantro, and sour cream on a flour tortilla.

DC Empanadas
o DC Empanadas will be serving up their take on the Latin American staple in Section 244 near the Bud Light Loft and inside the Budweiser Brew House.
o Menu options will include a Buffalo Chicken Empanada and a Spinach and Feta Empanada. Hank’s Oyster Bar
o Chef Jamie Leeds heads the iconic Hank’s Oyster Bar locations in D.C. and Virginia, and she is bringing her menu to Nationals Park for 2019.
o Hank’s will serve Oyster and Shrimp Po’Boys, Fish & Chips, Fish Sandwiches, and Old Bay Fries in Section 108.

La Casita Pupuseria
o After a successful run at Nationals Park during the end of the 2018 season, La Casita Pupuseria will return for the entire 2019 season with its own stand near Section 140.
o The El Salvadorian eatery will feature a menu with a variety of pupusas including Pollo Con Queso, Revueltas Con Queso, and Frijol Con Queso pupusas.

o Cocktail Counter is a new beverage stand where fans can choose from a fun lineup of frozen and handcrafted cocktails near Section 107.

45,000 pounds of BBQ meat are smoked each year at Nationals Park.

5,700 gallons of ketchup were used by Nationals fans during the 2018 season.

16.09 miles is the longest distance Sr. Executive Chef Vince Navarrete walked in ONE DAY on the job at
Nationals Park in 2018.”