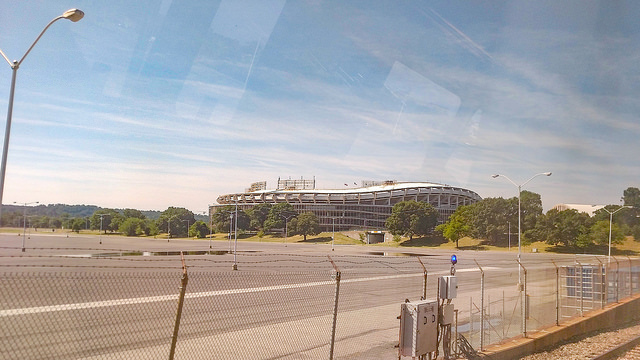 “Congresswoman Eleanor Holmes Norton (D-DC) today introduced a bill to sell the RFK stadium site, unused federal land, to the District of Columbia for fair market value. Currently, the RFK stadium site, which is 190 acres, is the largest track of unused land in the District. Norton’s work in making land owned or controlled by the federal government available to the District has been essential in revitalizing D.C. neighborhoods, such as the Wharf, the Capitol Riverfront, and Walter Reed.

“This vast, unused track of federal land has incredible potential in the hands of the District of Columbia,” Norton said. “Currently, the federal government gains no revenue from this site, nearly 90 percent of the 190-acre campus consists of parking lots, which do nothing to strengthen our local economy. The D.C. government can make full use of this land for purposes that benefit the community and our economy.”

The RFK stadium site is owned by the Department of the Interior, and under D.C.’s current lease, it may only use it for recreation, stadium purposes, or open space. This lease is set to expire in 2038. The District has worked hard to identify creative utilization of the land, but uncertainty surrounding long-term control has stymied investment and planning. The sale of the RFK stadium site would strengthen the District’s ability to redevelop the site with the added freedom to consider options for additional green space, affordable housing, commercial development, and other enhancements that would benefit the surrounding neighborhoods and the District as a whole.”

“In our growing, thriving city, we cannot afford to let any land go to waste, and a national monument dedicated to asphalt benefits no one. Putting these 190 acres of land in the District’s hands ensures it serves the needs and desires of our residents. We as a city should decide for ourselves how this critical land is developed.

“I thank Congresswoman Norton for her tremendous leadership on this legislation. For decades, she has worked with the District to pioneer major economic development projects that have transformed unused, federal land in the District of Columbia into vibrant neighborhoods. It is time that we add the RFK Campus to that list so that we can create new housing, jobs, economic development, and tax revenue.

“This bill is a win-win for both the federal government and DC residents, and I look forward to working with Congresswoman Norton as it makes its way through Congress.”

Next
“Ticketed but not Towed”