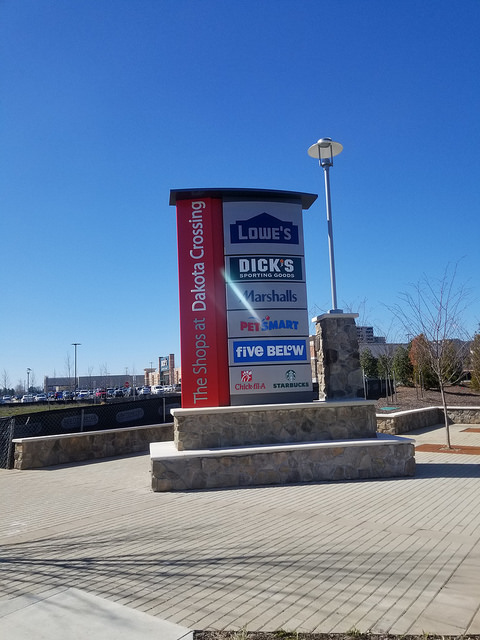 Ed. Note: Since it comes up on all Chick Fil A stories, allow me to include this post from a June 2018 story written in Huffpost titled: If You Really Love LGBTQ People, You Just Can’t Keep Eating Chick-fil-A.

“Chick-fil-A has selected Jessie Chesson as the local franchise owner of the chain’s Fort Lincoln restaurant as hiring of up to 100 new Team Members is under way in preparation for the projected May grand opening.

When Chesson’s stand-alone Chick-fil-A opens at 2410 Market St. NE in Dakota Crossing, it will be the latest step in her career as a Chick-fil-A franchise owner which began when she opened the chain’s location at 3100 14th St. NW in November 2015. She also is the Operator consultant to the licensee Chick-fil-A location inside Union Station.

Chesson, who grew up in the DC area, graduated from Howard University and spent a brief time in New York City before returning home where she worked with a DC advertising agency, supporting minority-owned fast food franchisees. She later joined a Fortune 10 corporation, working in multicultural marketing and focusing on events and scholarships for African-Americans. When a colleague left for a job at a local Chick-fil-A, Chesson was intrigued and was introduced to a DC-area franchise owner. The more she learned about the brand and its focus on freshly prepared food, genuine hospitality, and having a positive impact on the communities it serves, Chesson realized the franchise owner role was the perfect fit for her entrepreneurial goals.

Determined to own a Chick-fil-A restaurant in her hometown area, Chesson, who later earned her MBA from George Washington University, was selected to open the first location in Washington, D.C., proper on 14th Street NW in 2015. Four years later, she’ll relocate to the newest D.C. Chick-fil-A, located in the historic Fort Lincoln neighborhood.

The new 5,000-square-foot Chick-fil-A location at Dakota Crossing will offer indoor and outdoor seating as well as a two-story playground for children. The interior will feature the chain’s heritage restaurant design that showcases handmade, authentic materials for a vintage-inspired interior, including a large gathering table made from reclaimed wood, subway tiles, and a light fixture made from recycled Coca-Cola bottles.

Two drive-thru ordering lanes will enhance the chain’s award-winning drive-thru service. The restaurant will be open from 6 a.m. to 10 p.m., Monday through Saturday. Like all Chick-fil-A restaurants, it will be closed on Sunday.

Chesson has begun hiring as many as 100 Team Members as she builds her Dakota Crossing staff. She is filling full-time and part-time positions in all areas of the restaurant, including leadership development, hospitality, catering, training, and marketing. Each position will include benefits such as scholarships for continuing education. In addition, Chick-fil-A restaurant team members appreciate having Sundays off, flexible schedules, and the family atmosphere fostered at the restaurant.

Named one of the “best places to work” by Glassdoor, Chick-fil-A is known for hiring and retaining talent and offering a supportive workplace with opportunities for leadership development, respect for work-life balance and competitive wages. Chick-fil-A Team Members are eligible for the chain’s initiative, Remarkable Futures. In 2019, more than 6,000 Team Members will be awarded with $15.3 million in scholarships, one of the highest unrestricted per employee scholarship investments in the industry. Team Members, who are beginning or continuing their higher education, are awarded scholarships in the amount of $2,500 or $25,000 which can be applied to any area of study at any accredited institution. In addition, Team Members have access to tuition discounts and other educational benefits at more than 100 colleges and universities nationwide.

More Stories
Sweet City RideLegal Review: Uber Insurance May Only Cover Drivers When an Uber Passenger Is In Their Car, Not on Return Trip