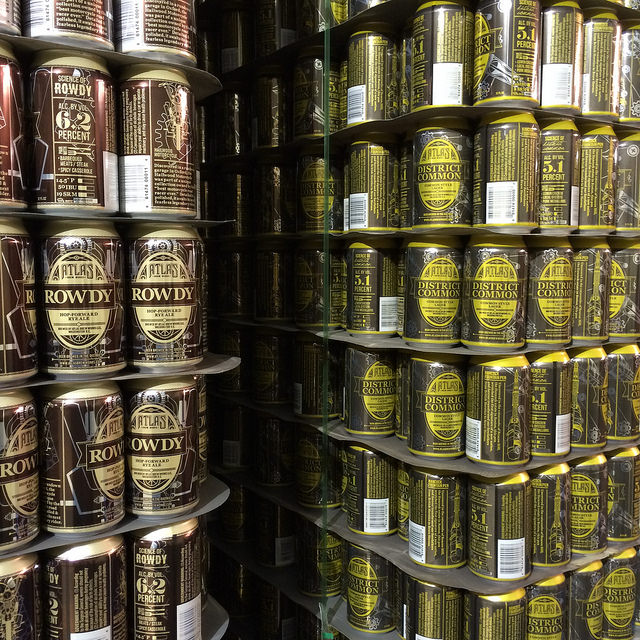 coming to 1201 Half Street, SE near the coming Punch Bowl

“Atlas Brew Works (Atlas) is thrilled to announce a forthcoming second location, slated for a spring 2020 opening in Navy Yard at 1201 Half Street SE, on the street level of the West Half residential property. Atlas will become the first manufacturing brewery to have multiple locations within the District of Columbia with the addition of a new site boasting a tap room with 12 draft lines. The brewery and tap room will be conveniently located in one of the city’s most sought-after neighborhoods, across from the Center Field Gate at Nationals Park.

“It’s been our dream to expand Atlas and further our mission of producing environmentally responsible beer,” said Atlas Founder & CEO Justin Cox. “The tap room in Navy Yard will be double the size of the current tap room at our brewery in Ivy City, so it will definitely help us keep working towards that goal. Atlas’ portfolio of well-balanced beers offers something for everyone, and we’re excited to introduce these beers and our mission to even more people including fellow Nationals and DC United fans in our new neighborhood.”

The 4,500 square-foot space will include the brewery with a production capacity of 2,000 barrels, led by Head Brewer Daniel Vilarrubi, an adjoining tap room, and outdoor seating as weather permits. Unlike the brand’s Ivy City facility in Northeast DC, this larger location will have a kitchen facility and Atlas plans to offer a limited food program. Keeping with their reputation of being environmentally conscious, the Atlas team plans to purchase carbon offsets to mitigate their energy usage. Atlas regulars will find familiar beer offerings like Ponzi, a west-coast style IPA, District Common, a craft lager, Dance of Days, a dry-hopped pale ale, Blood Orange Gose, a session sour brewed with pink Himalayan salt, and The 1500 South Cap Lager, brewed in partnership with the Washington Nationals, in addition to special releases that will only be available at the new Navy Yard location.

Located in DC’s Ivy City neighborhood, Atlas Brew Works creates balanced, great-tasting ales and lagers in a 100% solar-powered facility. Look out for a larger second location, opening across from Nationals Park in spring 2020. Atlas is available in bars, restaurants, and stores throughout DC, Northern Virginia, Maryland, and Tennessee.”

More Stories
Photo Recap: A Handmaid’s Tale Filming at the Lincoln MemorialHelluva Way To Wake Up Vol. 1010 and a query