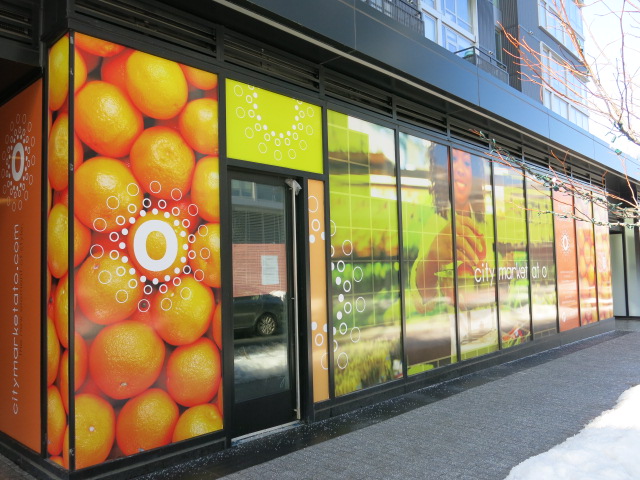 Set to be one of 2019’s most exciting restaurant openings, the sustainable, seasonal and plant-centric Oyster Oyster from restaurateur Max Kuller, Chef Rob Rubba and barman Adam Bernbach is kicking off the new year with a new lease, and new pop-up. 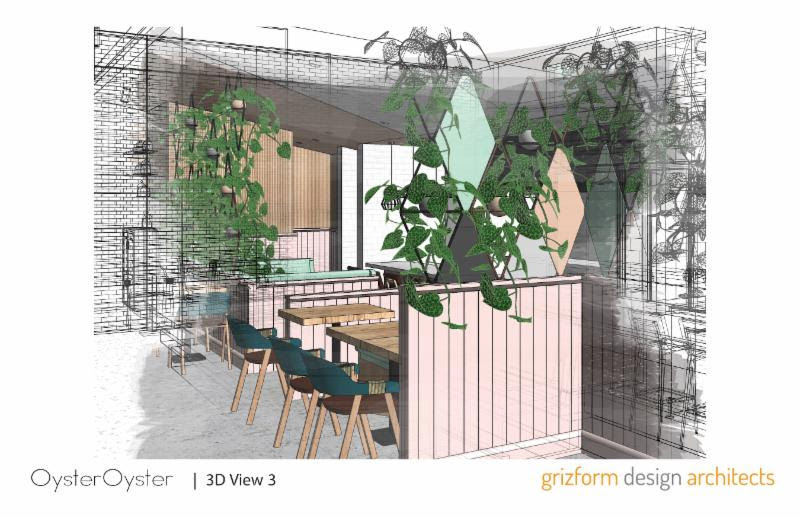 The acclaimed culinary trio has just announced it has signed a lease on a location in the Shaw neighborhood of Washington, DC at 1440 8th St. NW. Located within the central, modern City Market at O development, the approximately 35-seat space also boasts a small semi-outdoor alcove that they envision using as an all-day hangout spot and cafe. Oyster Oyster aims to open in late spring/early summer 2019.

“We just love the Shaw neighborhood: this building is the perfect footprint for our concept, we were looking for something small and intimate where the energy of the kitchen was felt throughout the room, and this space has an open kitchen which is visible from pretty much every seat in the restaurant,” says Kuller.”We were also attracted to its attached alcove which we’ll creatively incorporate to serve the restaurant.”

Following a successful inaugural pop-up in late November 2018, Oyster Oyster will once again take over the bar and kitchen of their good friends at Maxwell Park, this time to host “Root Down” – a root vegetable-centric pop-up on Sunday, January 20 and Monday, January 21.

Rubba, Bernbach and Kuller will each showcase three dishes, along with three cocktail and four sustainable, biodynamic wine pairings, respectively, in a three-course prix-fixe tasting menu for $35 (wine or cocktail pairings for an additional $30). Oyster Oyster will book reservations through Tock. All seating will be reserved except for those at Maxwell’s bar, which will be open for a la carte dining throughout both evenings.

Chef Rubba boasts an impressive culinary pedigree spanning kitchens of Gordon Ramsay, Guy Savoy, Charlie Trotter and George Perrier, and most recently, was named RAMMY Award “Chef of the Year” finalist while at Hazel until June 2018. He and Kuller developed Oyster Oyster’s food concept based on a shared food and dining philosophy, showcasing vegetable cookery that explores mid Atlantic agriculture. At the “Root Down” pop-up, Chef Rubba’s menu will feature:

Bernbach will lead the cocktail program, working closely with Chef Rubba to bridge the kitchen and bar, and cross-utilizing food trimmings in unique spirits and liqueurs. His cocktails (available as a comprehensive dinner pairing for $30, or a la carte), which incorporate vegetal notes and herbal, medicinal roots, may include:

And Kuller, named one of Wine Enthusiast’s “40 Under 40 Tastemakers” of 2018, will showcase his unparalleled wine palate by pouring four sustainable, biodynamic wines by the glass both evenings, meant to be paired with Chef Rubba’s dishes. Available as a comprehensive dinner pairing for $30, or a la carte, wines will include:

“Root Down” reservations are limited and available on Tock at https://www.exploretock.com/oysteroyster.

Read more →
More Stories
Update: It’s being repaired!! “It looks like the vandals won this time.”Today’s Rental is a “One-bedroom apartment with private, fenced patio”