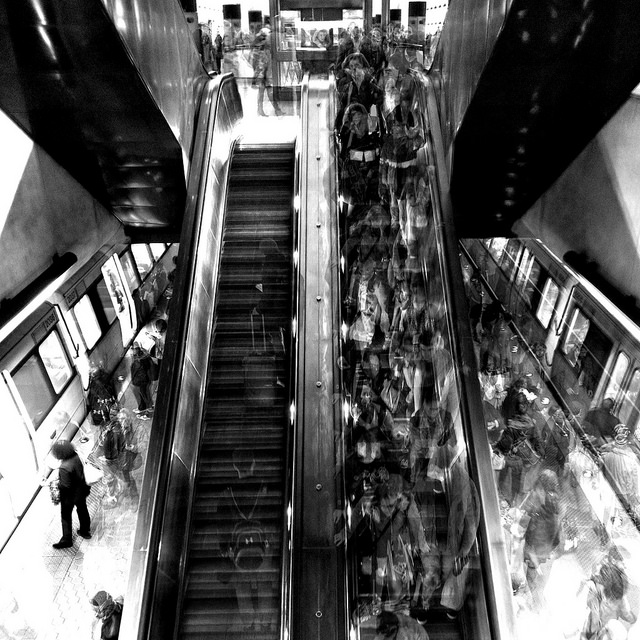 Last night around 9:30pm I was riding a northbound Yellow line train home and had a frightening experience. When our train came to a stop into Gallery Place we heard 15-20 loud gunshot-like bangs from the car in front of us. As the train doors opened everyone in the station and cars sprinted to an exit or dove under their seats– it was total chaos.

After what felt like a minute of suspense ducking under the 7000-series train metal benches, our car doors finally closed and the train continued on to Mt. Vernon Square. Our entire car assumed many people had been shot and that we had barely escaped the violence. I ran out of the car at Mt. Vernon Sq to alert the station manager who then called authorities while I phoned 911. A few minutes later another rider notified us and the police who had arrived that the ‘shots’ were in fact just a strip of firecrackers that had been lit in the car in front of us.

I haven’t seen any news from WMATA on the incident and wanted to share this story as a cautionary tale for metro riders. The experience was terrifying and I’m thankful no one was actually hurt. Folks can read up on Active Shooter Readiness here.

“My friends and I had just swiped into the Gallery Place Metro station after the Wizards game when we saw people running and we heard a cop say “shots”. Tons of Police activity and everyone ran panicked out of the station. It was so scary.”