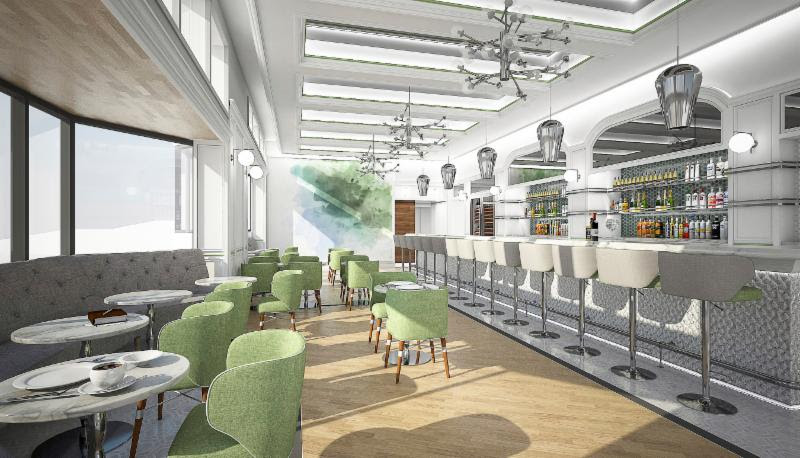 “One of the country’s most acclaimed drinking destinations will soon open its second concept, The Imperial, in Washington, DC’s south Adams Morgan neighborhood at 2001 18th Street, NW, in early 2019. Spanning three floors at the prime corner of 18thSt. and Florida Ave. NW, the 5500+ square feet The Imperial will be equal parts restaurant & bar: a bright, light-filled dining room and bar on the main floor, a basement cocktail den which will house award-winning bar Dram & Grain, moving from its current space within Jack Rose, and a two-tiered open-air rooftop bar. 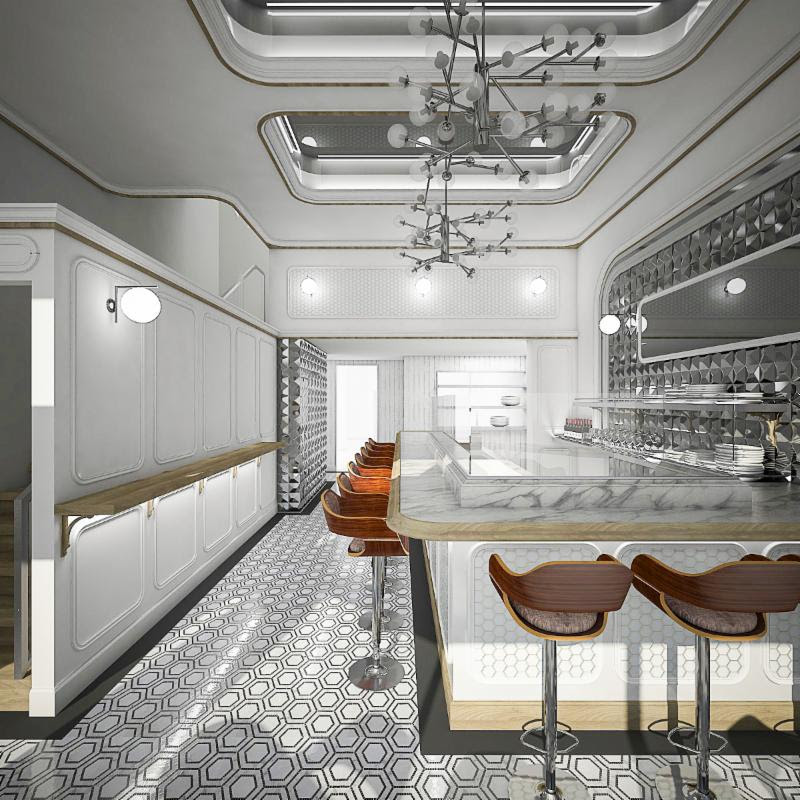 The ground floor will feature a 40-seat dining room and 10-seat main bar to the left of the entrance, and then a smaller 8-seat cold bar located down a few steps to the right.

Dram & Grain in the basement will retain much of the cozy, intimate feel of the former Dram & Grain bar (housed in Jack Rose’s cellar), but live in a larger space. The capacity will grow 2-3x, accommodating 50-75 people depending on seated or standing. A highlight of the basement will be a warm, inviting Fireplace Room outfitted with a gas fireplace, ideal for the cold weather season. The 24-seat Fireplace Room will also be available for private events.

On the roof, The Imperial will have a Rooftop Garden & Bar for dining and drinking, seating approximately 50, and outfitted with lush greenery in the warm-weather seasons.

The space has been designed by Gronning Architects, in collaboration with The Imperial co-owner Stephen King. 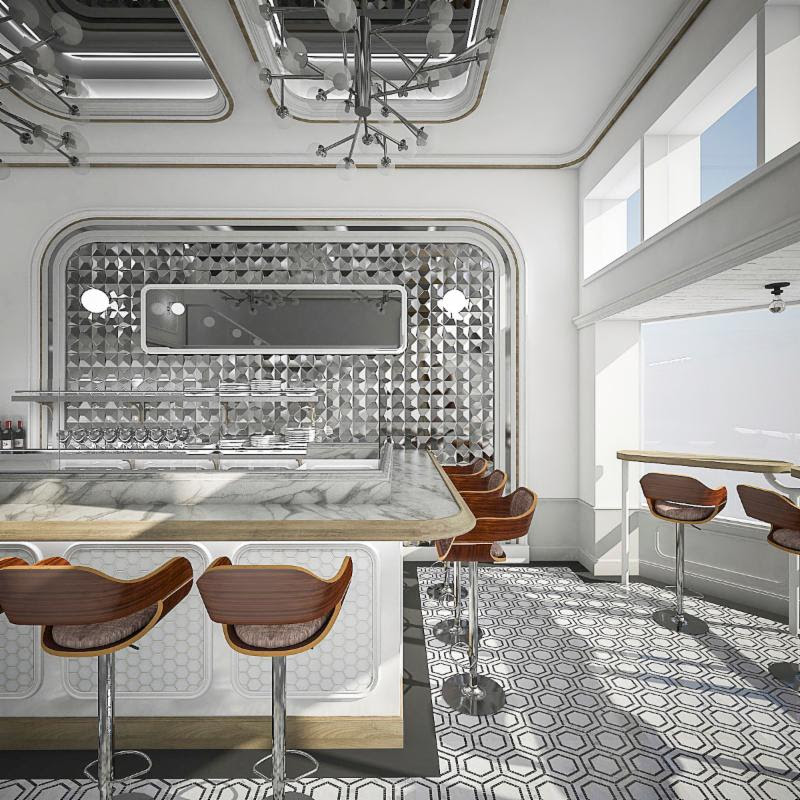 Chef Russell Jones, who formerly helmed the kitchen at Jack Rose from 2014-2016 when it received its 2.5 star review and feature in The Washington Post Dining Guide, is returning to DC from South Carolina to run the food program at The Imperial. Chef Jones left for his hometown of Columbia, SC to grow his family and open his own restaurant with his wife, and has now been lured back to lead this exciting new project.

The Imperial’s food menu will equally lure pescatarians (with creative seafood and raw bar options), vegetarians (with seasonal vegetable-forward plates) and carnivores (with dry-aged steaks and housemade pastas). Chef Jones will draw from his years as a vegetarian to create composed, seasonal veggie dishes, and also visually showcase this region’s best seafood at a small raw bar adjacent to the dining room. The eclectic, concise rotating menu of shareable, creative plates will feature bright, fresh food that pairs well with wines and cocktails.

The Imperial will also become a welcome new destination for daytime dining in Adams Morgan and Dupont Circle, serving lunch and eventually, brunch. Lunch will offer a small casual afternoon menu, available for dine-in at the Cold Counter or on the rooftop, or to-go. The Imperial will also serve coffee and offer wifi for neighborhood teleworkers. Weekend brunch will follow shortly after opening.

The Imperial’s beverage program will boast the largest vintage spirits collection in the region (second to Jack Rose Dining Saloon’s whisk(e)y collection), plus impressive wines (everything from sparkling to fortified), and the creative cocktails that Jack Rose’s bar team is renowned for.

A 1000-bottle glass “Showquarium” wine cellar will be a visual draw, showcasing still and sparkling wines, ports, madeiras, sherries and more, as guests descend from the dining room.

The Imperial will house one of the most incredible vintage spirits collections in the country, with more than 400 vintage bottles, ranging from eight decades of Chartreuse, pre-embargo Cuban rum, 1900s California brandy, other antique gin, genever, cognac, tequila, esoteric turn-of-the-century liqueurs and cordials, and even scotch of the same name (distilled at the “dead distillery” Imperial Distillery in Speyside which stopped producing in the 1990s).

“Sacred Slaughter” vintage cocktails will also be available using these spirits and liqueurs up to more than 100+ years old, for guests who want to drink history. 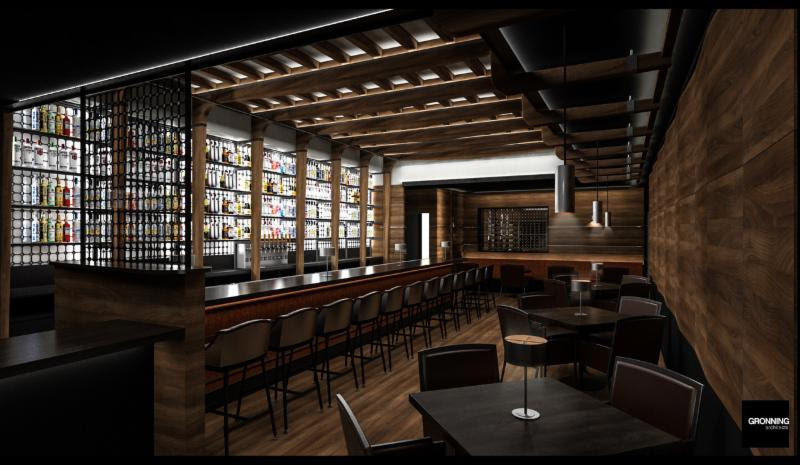 Jack Rose’s award-winning cocktail den Dram & Grain will move over to The Imperial, giving them more space to accommodate eager guests. Dram & Grain will operate with both reservation-only and open seating sections, and both tasting menu and a la carte options.

Dram & Grain is expected to open in January 2019. The rooftop bar will follow shortly thereafter, and The Imperial dining room will follow, later in early 2019.”