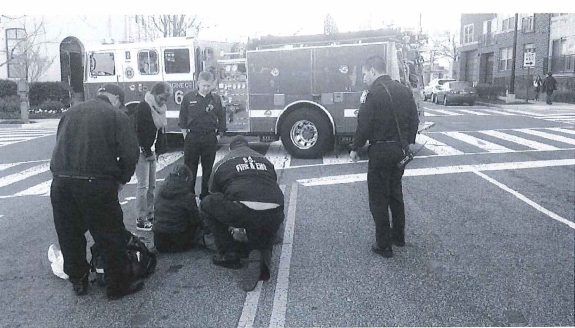 Sadly, a stock photo from an incident in 2015

“Advocates and community members from across the DC region are expected to gather on Thursday, Nov. 8 at 5:15 p.m. to hold a memorial walk in memory of the 10 pedestrians who have been killed by drivers on DC roads this year. The organizers are demanding the District government to improve pedestrian infrastructure and enforce violations like blocking the box or crosswalks in the hopes of preventing future fatalities.

The ride will honor the memories of:

Participants are encouraged to wear white. The 3/4-mile route will take pedestrians from the corner of 13th St. & K St. NW down 13th St. to the Wilson Building. Participants will walk slowly and silently, and end the walk with a moment of silence for the victims.

More information about the DC Pedestrian Memorial Walk can be found here.”

Next
Where is the best “fancy” lunch spot in D.C.?