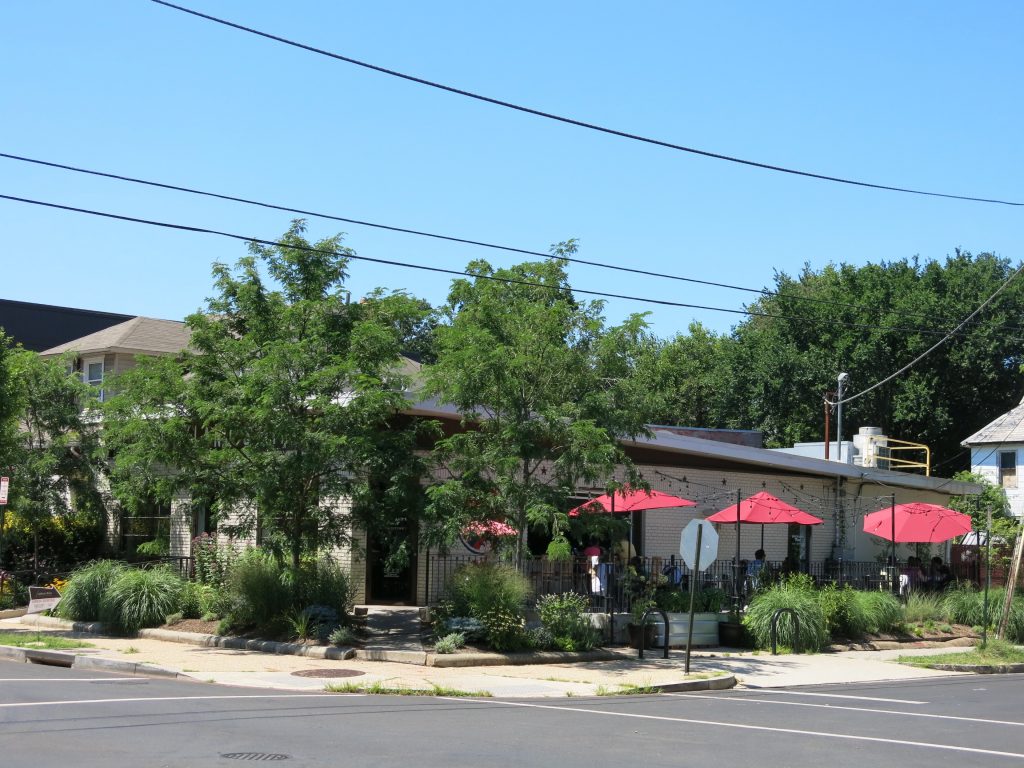 “For the month of October, Shannan Troncoso, co-owner of Brookland’s Finest, has teamed up with local female-owned distillery, Republic Restoratives, for a weekly series of prix fixe distiller dinners, with a portion of the proceeds going to support mobile mammograms for underserved women in honor of Breast Cancer Awareness Month. Starting October 2nd, and every Tuesday in October, Brookland’s Finest will offer this $35 three-course seasonal distiller dinner menu with accompanying Republic Restoratives pink-themed cocktails.

A portion of the proceeds from each distiller dinner will be donated to the Mammovan, a GW Cancer Center program which provides mobile cancer screenings to women in underserved communities in DC. Additionally, a portion of the proceeds from October’s draft cocktail, a pink ‘Civic Cosmopolitan,’ will be donated to support the efforts of the Mammovan. On October 2nd, the Mammovan will be parked at Brookland’s Finest offering tours and information.

The distiller dinner menu features a Local Cheese Plate paired with a Cherry Blossom cocktail of apple brandy, lemon, and Prosecco; a Pan Seared Duck Breast paired with a Rodham Rye Old Fashioned called Blush; and a Red Velvet Cupcake with Chef Shannan’s Grandma Q’s Icing. Dessert will be served with a Pink Ribbon cocktail made of Borough Bourbon, cinnamon, and Amaro.

Paired with: “Cherry Blossom” made with apple brandy, lemon, and Prosecco

Paired with: “Pink Ribbon” made til Borough Bourbon, cinnamon, and Amaro”