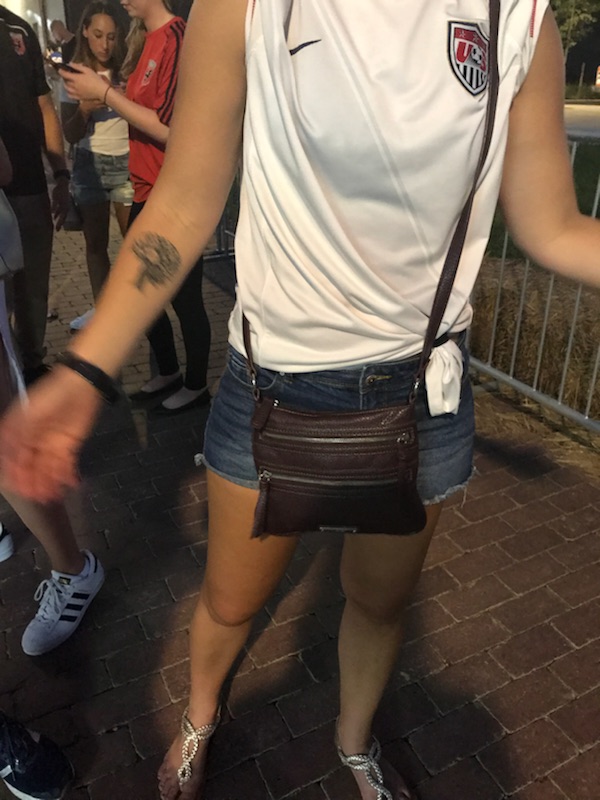 Friends and I attended our first DC United game ever at the new Audi field last Wednesday, and we had a great time and decided to return for Sunday’s game against Atlanta. On our return visit, one of my friends and I showed up toting the exact same purses as we had brought in on Wednesday with no issues, but on Sunday we were turned away after the security people compared our purses to a plastic rectangle they were holding, telling us our bags were too large. We were directed to go around the stadium and deposit our purses into storage, which of course cost an additional $15 per locker. Friends (all the women in our group were turned away) and I spent 20 minutes waiting in this line–which was of course all women, along with a few male companions–and by the time we got to our seats, we had missed 28 minutes of the game. So all in all, I was charged an additional $15 and missed 30% of the match of my $60 tickets, or $33 in total from this ridiculous policy.

Apparently this has been Audi Field’s bag policy since the stadium opened in July, but I see several issues:

1) This bag policy was stated nowhere in the ticket delivery email, and clearly is only selectively enforced given that we had no issues with the same bags on Wednesday (my friend and I who attended Wednesday had entered the stadium at different times and different locations on that night, so the policy wasn’t enforced that night). The security people told us that enforcement began on Sunday.

2) The bag policy is incredibly restrictive and differs from neighboring Nats ballpark. As new fans, it didn’t even occur to us that the policies would be different.

3) The bag policy is inherently discriminatory towards women since women tend to carry bags, and essentially extorts us with an egregious locker fee. 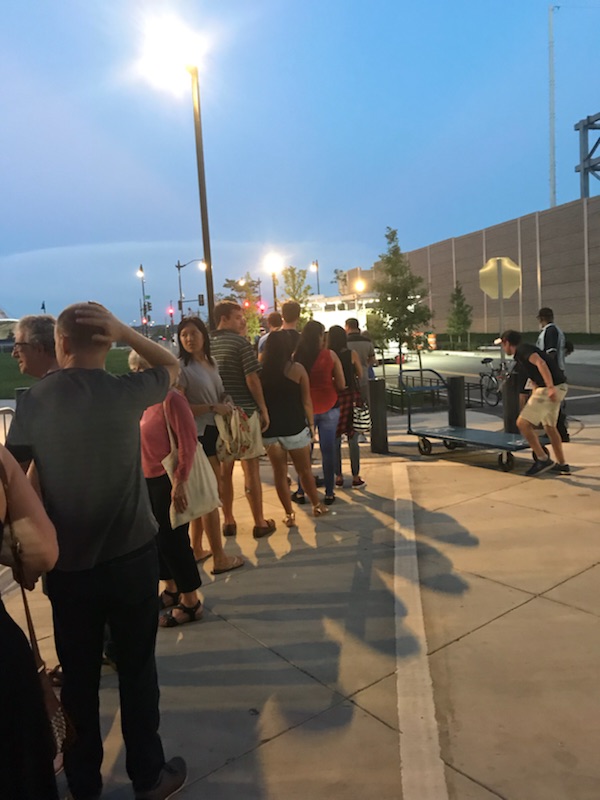 This experience was a huge turnoff for our group and we are not likely to return unless Audi Field makes some restitution and changes the policy to be consistent and fair. Seems kind of dumb on Audi Field’s part to lose potential new fans who would be willing to attend regularly and spend money… anybody else have similar experiences?”

Read more →
More Stories
“Coffee and empanadas at Metro Center.”Today’s Rental “is located on the 3rd floor of a converted historic row house”