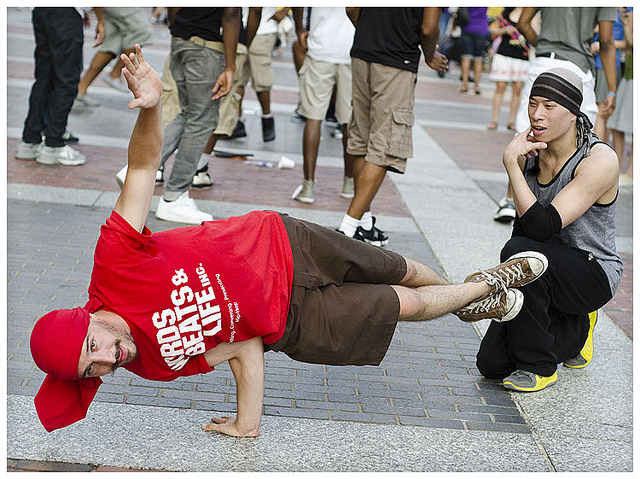 BREAK IT DOWN…Have you ever wanted to break dance, but just don’t know how? Now you can learn–this week-long break dance camp will take you through everything you need to know to expertly control your balance and movements. Taught by an experienced breakdancer, you’ll be spinning across the floor in no time.

DREAMING OF ARGENTINA…Get some Latin American flavor in your life at a concert hosted at the Embassy of Argentina. The Tango Jazz Quartet mixed the improvisation of jazz with the rhythm of tango, and has traveled around the world playing its tunes. Come hang out and hear them for yourself tonight.

GROOVE…Music is always better when it’s fo’ free–all shows at the Kennedy Center’s Millennium Stage are always on the house, and this one will have you groovin’. Upbeat Strings is a violinist/piano duo that covers the likes of the Beatles, Coldplay, and Stevie Wonder, so you can end your Monday with good tunes. 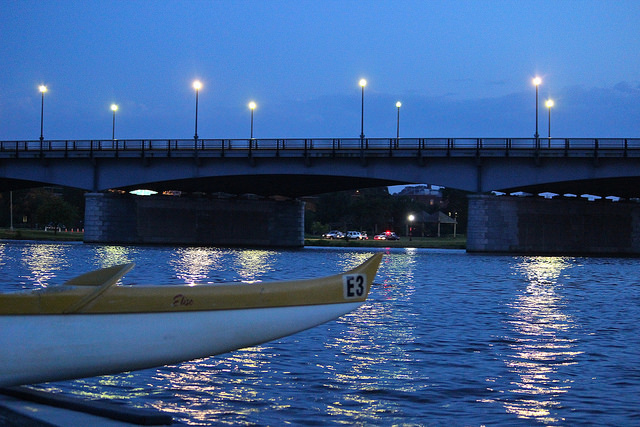 SO FRESH AND SO CLEAN…It’s the Year of the Anacostia–have you done your part for the area? Join the Anacostia Riverkeeper and Anacostia Watershed Society for a clean-up of the river. The groups will tell you about their efforts to keep the river in top shape, and then you’ll get to work with trash bags to keep our ecosystem healthy.

LET IT GLOW, LET IT GLOW…It seems like outdoor yoga series are everywhere these days, but this one is a little different. This glow yoga class hosted by D.C. Fray will have you covered in glow paint and glow sticks as you downward dog on the Mall. Because happy baby pose always looks a little better when you’re glowing in the dusk, right?

MAKE IT EQUAL…It’s common knowledge that women typically earn less than men, but black women face an even larger pay gap–around 38 percent, to be specific. Today is Black Women’s Equal Pay Day, which aims to bring awareness to this discrepancy. Come to Flight Wine Bar for an event hosted by Lean in D.C. There will be a panel of accomplished women guest speakers, and the evening will celebrate black women in the workforce. 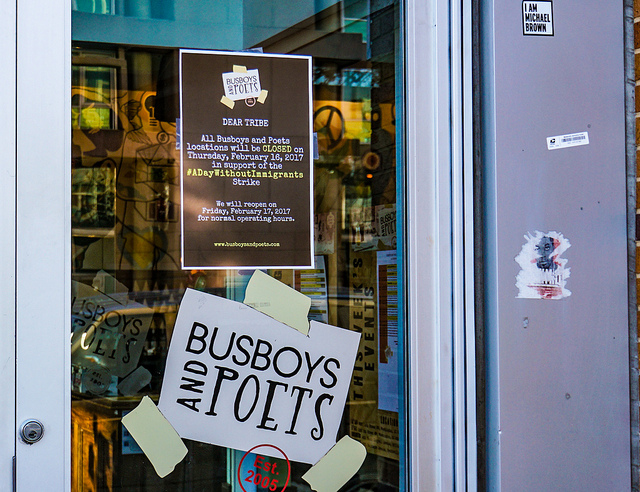 GRANDMA…Local filmmaker Tamara Dawit is doing a residency through Docs in Progress, and she’ll screen one of her documentaries at Busboys and Poets tonight. Grandma Knows Best? follows Dawit as she brings her two grandmothers from Canada and Ethiopia (respectively) together to spend time. Of course, their reunion results in them imploring Dawit to get married and have babies. The film examines the generational divide between young women and this older generation, and how our expectations of motherhood and marriage have shifted.

BOOK TALK…Politician Jason Kander will be at Sixth & I to talk about his book, Outside the Wire: Ten Lesson I’ve Learned in Everyday Courage. The Afghanistan veteran has been called the future of the Democratic party by President Obama, and he’s a candidate for Kansas City mayor as well as the founder of Let America Vote, which aims to eliminate voter suppression. From politics to his military service, Kander will discuss the lessons he’s learned about public service.

WOMEN BEHIND THE LENS…Today is the last event of the Heurich House Museum’s “Women Behind the Lens” series. Each evening examines a different early female filmmaker, and tonight will focus on Ida Lupino. The Carriage House Gallery will be turned into a screening room as you watch Lupino’s The Hitch Hiker from 1953. It’s the first female-directed film noir, and is based on the life of murderer Billy Cook. 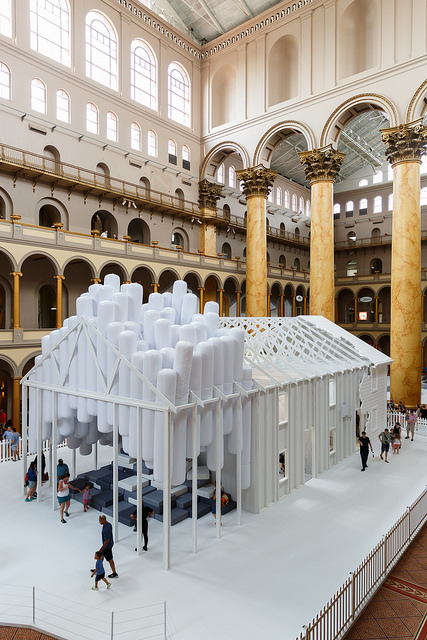 DID IT FOR THE LIKES…If you’re on Instagram, you’ve probably seen tons of pics from the National Building Museum’s new Fun House installation (that ball pit is a ‘Gram waiting to happen). But how does Instagram influence the museum experience? Come hear a conversation between a professor from GW’s media studies program and two museum professionals. They’ll discuss how social media is changing the museum experience for both visitors and curators alike, as well as its effects on exhibits themselves.

ALL OVER THE WORLD…“52 Places” is a travel series by The New York Times, and the visual journalists behind the series will be at Dupont Underground tonight. Look at photos from the series, as well as virtual reality stations that show work from the journalists’ coverage of Iceland. Then photographers, photo editors, and producers from the project will also host a panel to discuss what photojournalism (and travel journalism) looks like in the digital age.

IN A PICKLE…Summer is going to start winding down soon (eeeek!), so what do you do with all those summer veggies? Pickle them, of course! Learn to make your own pickles and relishes at Common Good City Farm. You’ll learn all about making your own preserves, and will leave the event with a quart of your own pickles or relish.

Read more →
More Stories
Dynamix Lounge/Truth coming to H Street, NE“Basically, at the very bottom of life, which seduces us all, there is only absurdity, and more absurdity.”