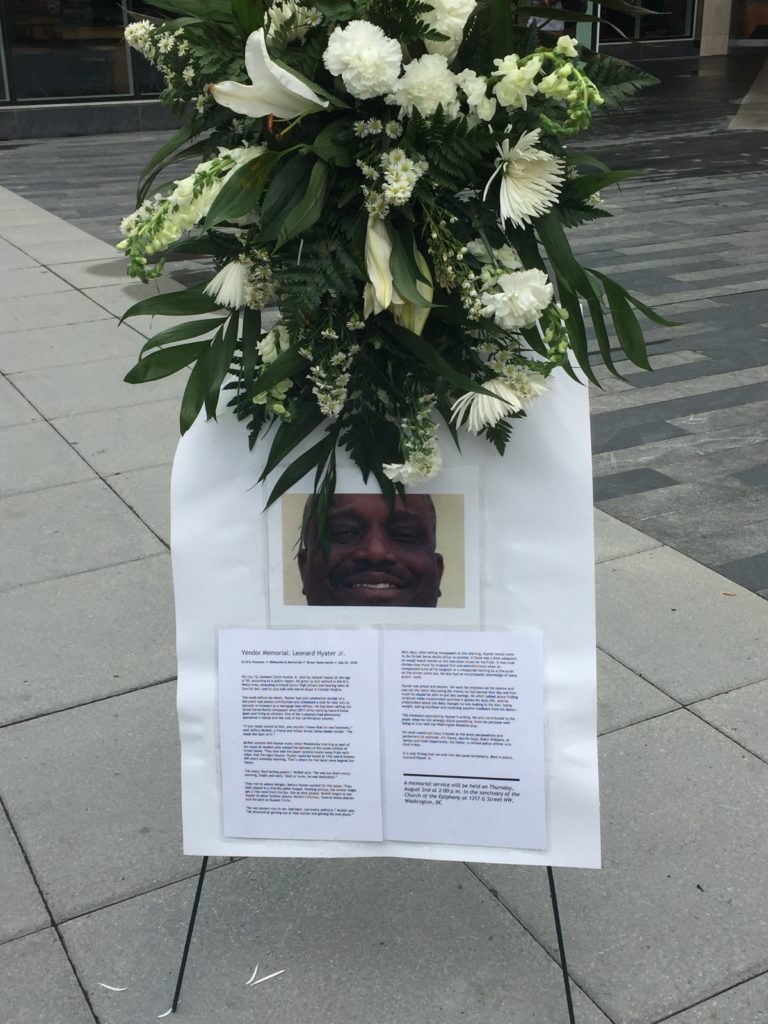 I just wanted to share the incredible story of Leonard Hyater Jr. Anyone who passed by 19th & M street on weekday mornings knew him – if not by name, then by his warm smile, pleasant disposition, and dedication to selling Street Sense – he was there every morning, Monday through Friday.

A few years ago he was profiled in the paper, where readers learned that he used to work as a mortgage loan officer before falling on hard times and becoming homeless. Determined to get back on his feet, Leonard began selling Street Sense newspapers in 2012.

Through selling papers he met and touched many individuals – I witnessed people often stop to chat with the way they might an old friend, or bring him a homemade baked good or gift in addition to the $2 suggested donation.

Thanks to the generosity of one of his patrons, Leonard was able to get a laptop and take recertification courses online towards his goal of getting his old job back. Sadly, he unexpectedly passed away a few weeks before he was set to take his recertification exam. I know he will be missed on my and many others’ walks to work.

Leonard’s story is a great reminder to cherish life – both in the way he lived, and his untimely death. May he Rest In Peace.” 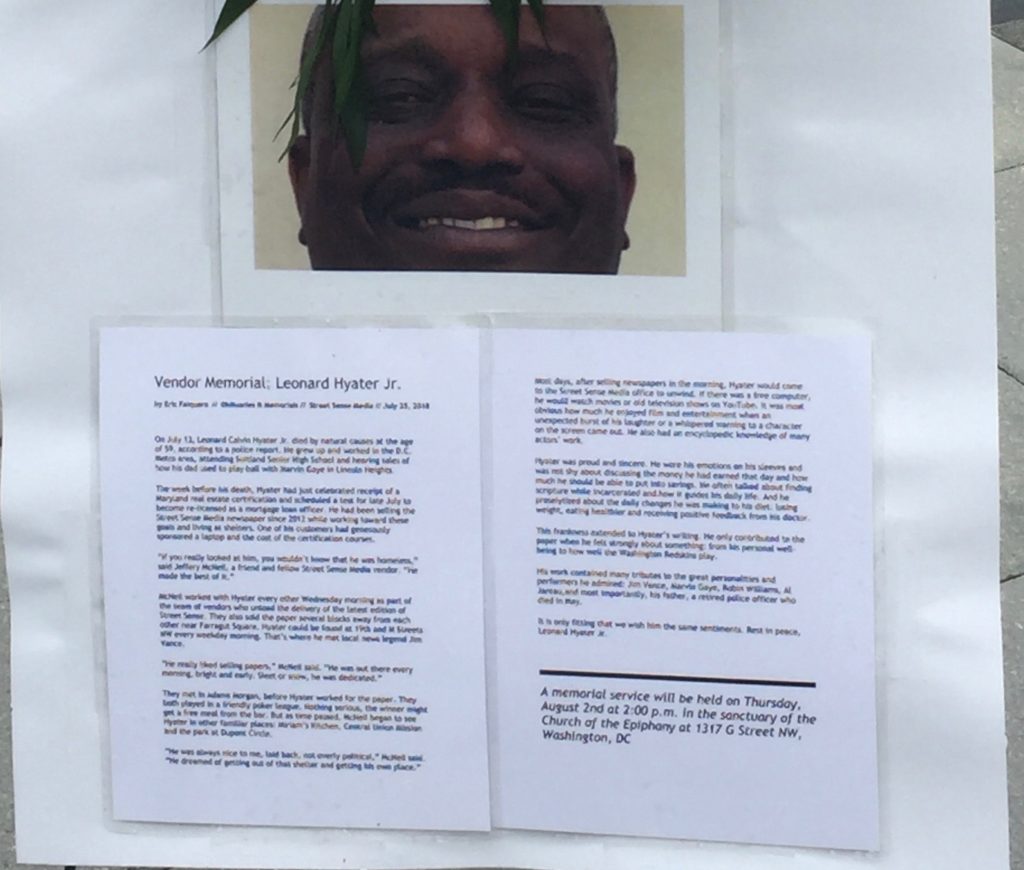