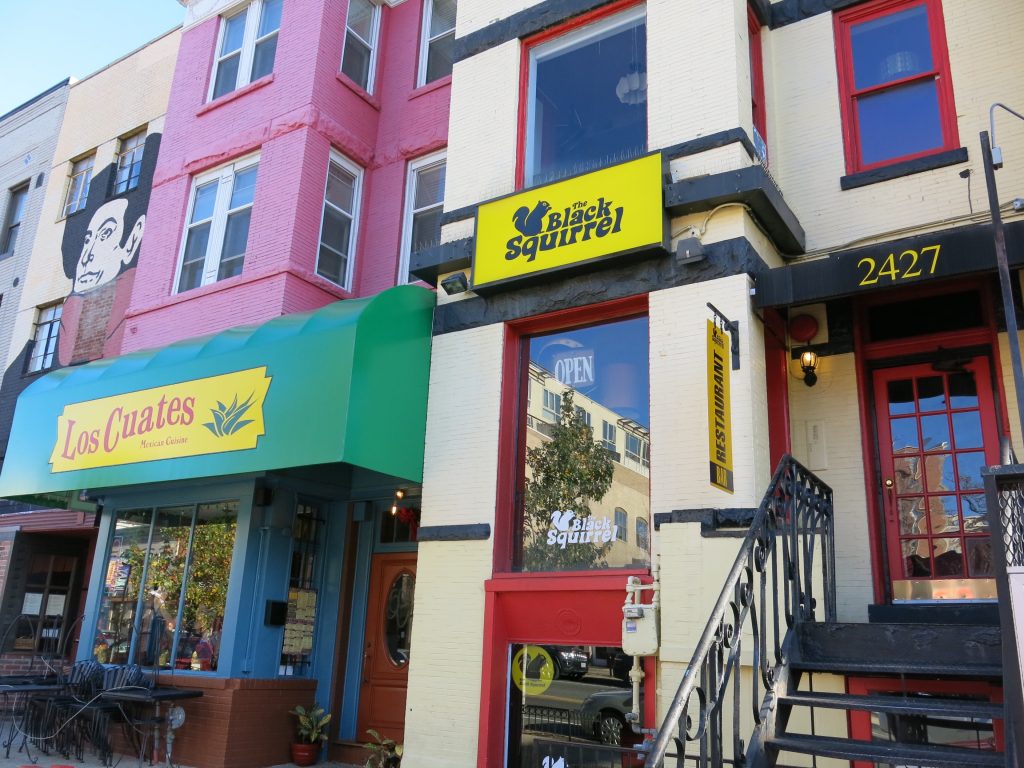 “A year ago, plus a few months, a friend asked me if I would be interested in purchasing one of our favorite Adams Morgan watering holes, The Black Squirrel in Adams Morgan. As a longtime patron and diehard fan of craft beer, I couldn’t resist. Now, as the neighborhood has changed, we feel it is time for us to make a change as well. On July 31st The Black Squirrel in Adams Morgan will open its doors for the last time as preparation begins to remodel the space and release a new concept to the Adams Morgan Neighborhood, Seasons & Sessions, in early September. Seasons & Sessions builds on the legacy The Black Squirrel established in D.C., while upgrading our dining areas and kitchen, Seasons, and expanding our nightly entertainment Sessions.

For over a decade, The Black Squirrel in Adams Morgan has been a mainstay of craft beer; one of the first of its kind in the whole city and still the record holder for most tap lines in D.C.

This central tenant of the Black Squirrel will be unchanged at Seasons & Sessions, as we continue welcoming pioneering breweries into our bar, making sure everyone in the district has a place to go to find the most sought-after brews in the country. Furthermore, we will continue offering special craft beer parties, where patrons from all over the city can come by, try special release beers, one-offs, and schmooze with some of the best up and coming brewers in the country.

Along with keeping our craft beer roots, Seasons & Sessions will be expanding its kitchen to reflect the growing palate of the District. Under the guidance of Executive Chef Moe Atari, our kitchen will dig deeper into Americana cooking, while adding flavors and techniques from around the world. Chef Moe, a veteran DMV chef with over 23 years of experience in restaurants across the area and an alumnus of Stratford University Culinary School, will orchestrate a new menu offering twists on classic favorites and dishes unique to our restaurant. To honor our new name, Seasons & Sessions Chef Moe Atari will have seasonal specials entirely comprised of the best seasonal ingredients. This new innovative menu will be available not only in our newly remodeled dining area, but also in our newly transformed bar/entertainment venue downstairs.

Of course, with new Seasons, must come new Sessions! Our downstairs bar will be a hot spot for the freshest local artists and touring acts. Along with bringing back favorites like Brass in the Basement and the monthly stand-up comedy showcase, Seasons & Sessions will scour the DMV area and the country, for the best artists to help keep our downstairs bar rocking all year long.