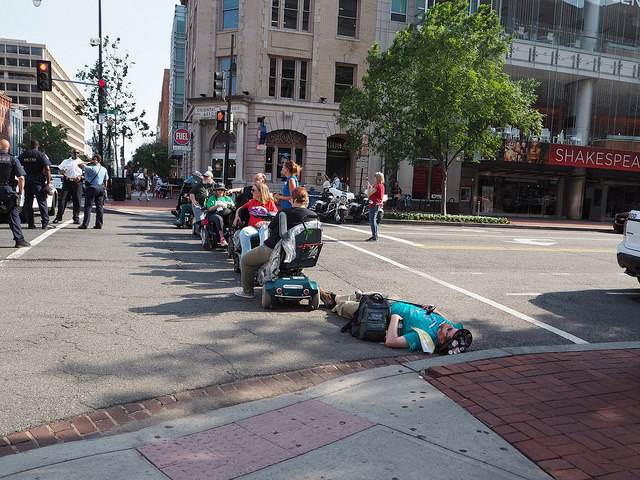 Thanks to nevermindtheend for the sending:

“So there were ADAPT protesters blocking the roadway on F Street between 6th and 7th yesterday, right at the peak of the PM rush. (Information about the protest here.) Police decided that it was a good idea to let cars out of the parking lot on the south side of the street and direct them ONTO THE SIDEWALK on the north side of the street so they could get to 7th Street. 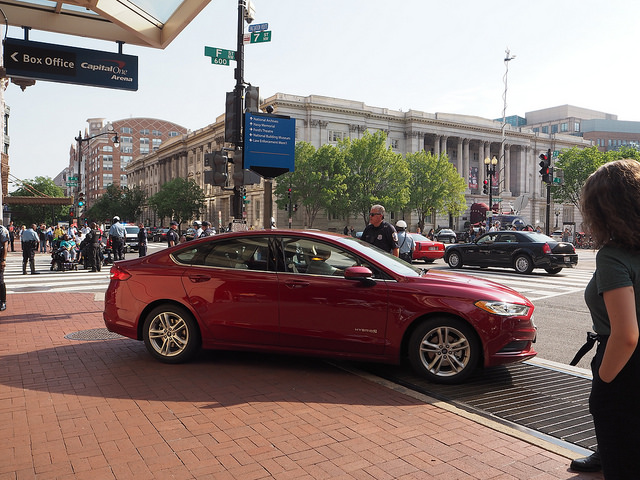 To do this, access to Gallery Place Station was completely blocked off to pedestrians walking westbound on F Street. There was no warning at 6th Street that the sidewalk was closed 3/4 of the way down the street and police didn’t even bother to alternate letting cars through and letting pedestrians through. It’s quite clear that this city prioritized cars over people.” 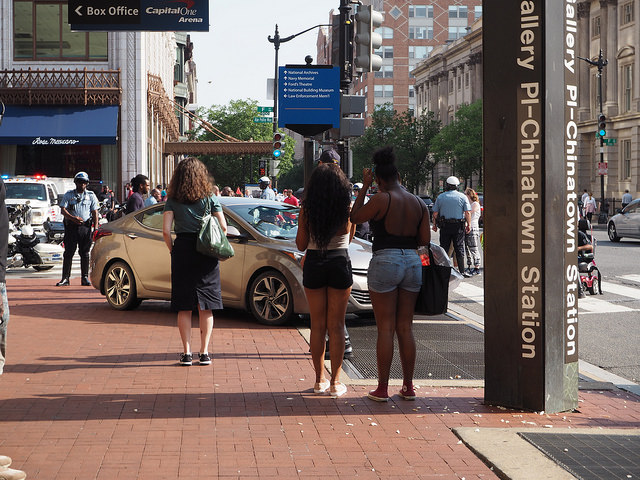 Update from the Chief of Police:

For those trapped in the garage because of a First Amendment assembly blocking the exit – this was welcomed relief. https://t.co/CCITXfvSXO