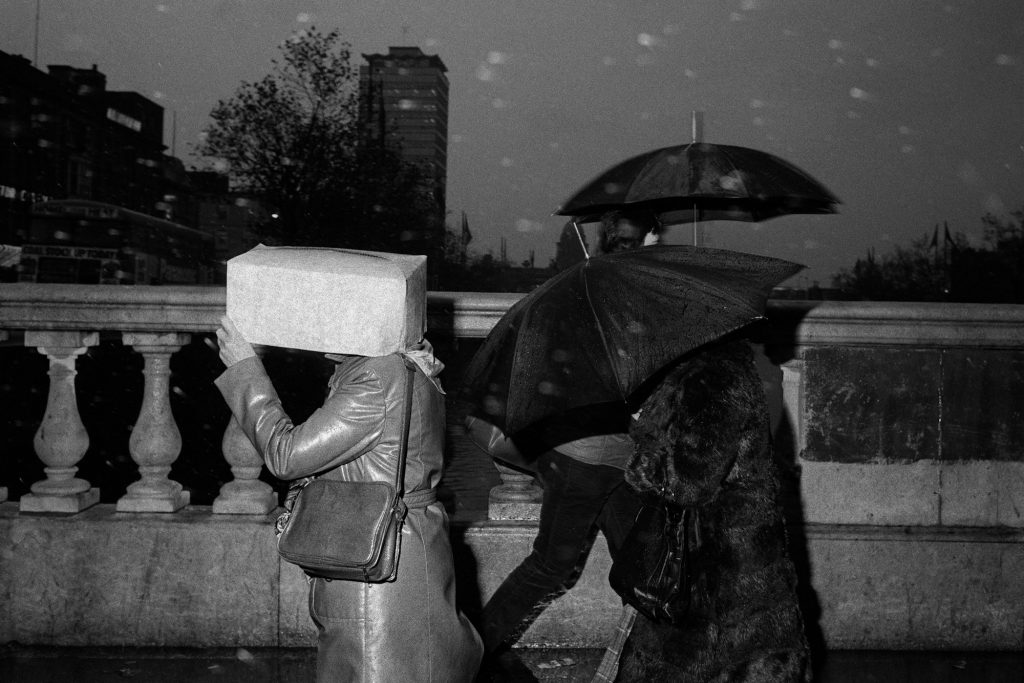 “Acclaimed British photojournalist Martin Parr, one of the great documentarians of our time, leads a stellar lineup of keynote speakers at the inaugural Focus on the Story International Photo Festival in Washington, D.C., June 7 through 10.

Parr is widely recognized for his poignant, often humorous, take on the British social classes. He is a longtime member of Magnum Photos and recently finished a term as president of the prestigious photo agency. He has published more than 100 photo books and his work is in the permanent collections of major museums around the world.

He will be joined by Joel-Peter Witkin, whose dark, unsettling photographic tableaux are hailed as surrealistic masterpieces; Brian Griffin, whose iconic music photography led the British Journal of Photography to proclaim that he was “the most unpredictable and influential British portrait photographer of the last decades,” and, Maggie Steber, an award-winning documentary photographer known for her ground-breaking coverage of the political, economic and natural tragedies that have beset Haiti over the past 25 years.

“The idea for this conference grew from a recognition of the power of photography on our lives,” Festival Executive Director Shamila N. Chaudhary said. “From the daily snapshots of our everyday experiences to the poignant images of refugees crossing treacherous seas, photography tells stories when words are not enough.

“The images connect us to people and places — foreign, unknown, or misunderstood — that so many of today’s great photographers are exploring in their work.”

The festival seeks to spotlight inspirational and important storytelling, such as the work of Ed Kashi, who has documented human rights issues around the world, and Xyza Cruz Bacani, who started dabbling in photography when she was a domestic worker in Hong Kong and who has since used her work to shine a light on modern slavery.

The festival’s keynote panel presents work examining the juxtaposition of the geography, political life, and culture of Cuba and Haiti and boasts Pulitzer-winning photographers Carol Guzy, a four-time winner, and Pablo Martínez Monsiváis, an Associated Press photographer honored for his White House coverage during the Clinton impeachment. The panel includes Carl Juste and C.W. Griffin, who were part of the Miami Herald’s team that won a Pulitzer Prize in photography for coverage of Hurricane Andrew; André Chung, an award-winning photojournalist formerly of the Baltimore Sun, and Luis Rios, recently named photo editor of the year by the National Press Photographers Association. Leonard Pitts Jr., who won a Pulitzer Prize in commentary while at the Miami Herald, is also on the panel.

Other confirmed festival participants include David Hobby, whose Strobist.com blog is one of the world’s most influential photography websites, James Estrin, a New York Times photographer and editor of the paper’s Lens Blog, and Chris Suspect, an internationally recognized street photographer who is also the festival chairman. Organizers expect to announce additional speakers in the coming weeks.

You can find more information about the festival at FocusOntheStory.com.”

More Stories
Heads Up – Here are the Street Closures for Tomorrow’s State of the Union“I was there on Friday and not even a mention of closing.”