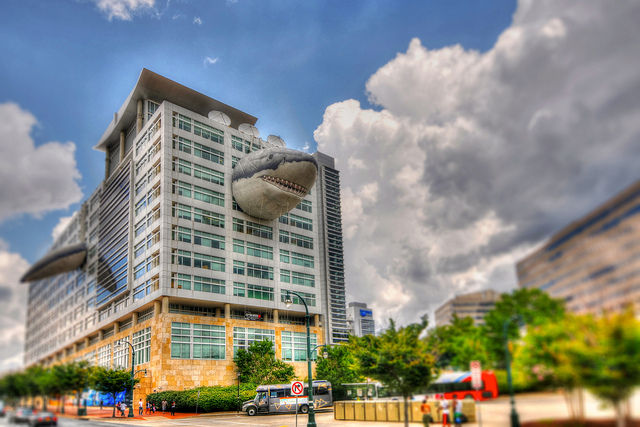 “The media industry is rapidly evolving, increasingly global, more consumer focused and more multi-platform and Discovery must evolve with it,” said David Zaslav, Discovery’s President and CEO, in announcing the changes first to employees this morning. “The decision to move our global headquarters from its founding home is one we do not make lightly. We remain unwavering in our support of the Maryland and Greater Washington, DC area and we thank the leadership of the State of Maryland, Montgomery County and, most importantly, our employees for their cooperation and understanding as we make this important next step for the long-term success of Discovery.”

To take advantage of the proximity to business, investment and production partners in New York, the company will bring together all current Discovery and, pending closing of the transaction, Scripps employees currently located across several different facilities in New York in a new Global Headquarters. Planning for the space and location in New York is underway with an anticipated move to a new building by the second half of 2019.

“With our talented workforce, diverse opportunities and unparalleled commitment to economic development, we have positioned New York at the forefront of the 21st century economy. Discovery’s decision to relocate their global headquarters to the Empire State is proof positive of that commitment, and we are proud to welcome one of the world’s leading media companies to help drive jobs and growth in New York,” said New York State Governor Andrew Cuomo.

Following an in-depth financial and operational analysis, and based on the strengths, capabilities and advantages of the current Scripps Knoxville campus, the facility will become Discovery’s National Operations Headquarters pending closure of the transaction.

Featuring a compelling environment and infrastructure, Knoxville is a self-contained campus with many amenities and benefits for a National Operations Headquarters, including a low cost of living, and built-in facilities and operational capabilities. It will continue to house the major Scripps brands and creative digital teams along with corporate functions.

Beyond Northern Virginia, the company also plans to have a technology footprint in Knoxville and maintain several other international locations to service its global technical operations.

To continue to support and draw from the robust Maryland and DC-area production community that has developed alongside Discovery over the past 30+ years, the company will maintain a Maryland Network Hub to house select network and support functions, as well as select other functions such as government relations, that are logically based in the Metropolitan DC area.

Discovery collaborated with relevant state and local government authorities in both Tennessee and Maryland throughout the decision-making process.”

More Stories
Heads Up. Parts of U Street have a Water Outage and parts of SW Waterfront and Navy Yard have a power outage“Riverkeeper” Hopes to Swim in the Anacostia in 2019