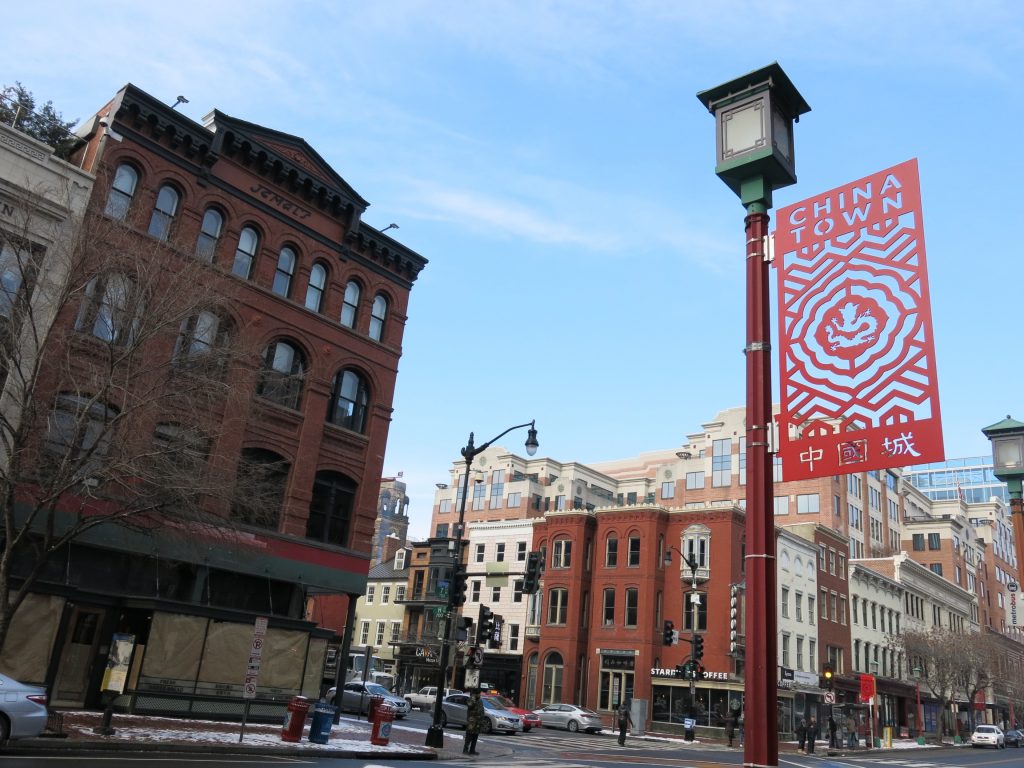 “Twenty metal street banners were installed this month in Chinatown as part of a collaborative project between the Mayor’s Office on Asian and Pacific Islander Affairs (MOAPIA), the Department of Housing and Community Development (DCHD) and the DowntownDC Business Improvement District (BID).

The red banners, which have been affixed to light poles in the Chinatown neighborhood along sections of H and 7th Streets NW, aim to accentuate and enhance the cultural identity of Chinatown by ensuring that creative signage in the neighborhood reflect Chinese and Asian characters. This project is a direct result of the Chinatown Cultural Development Small Area Plan developed by the DC Office of Planning, MOAPIA and community organizations in 2008. The plan provides strategies to help reposition Chinatown as the region’s top destination for Chinese/Asian cultural businesses, programs, services, events and festivals. 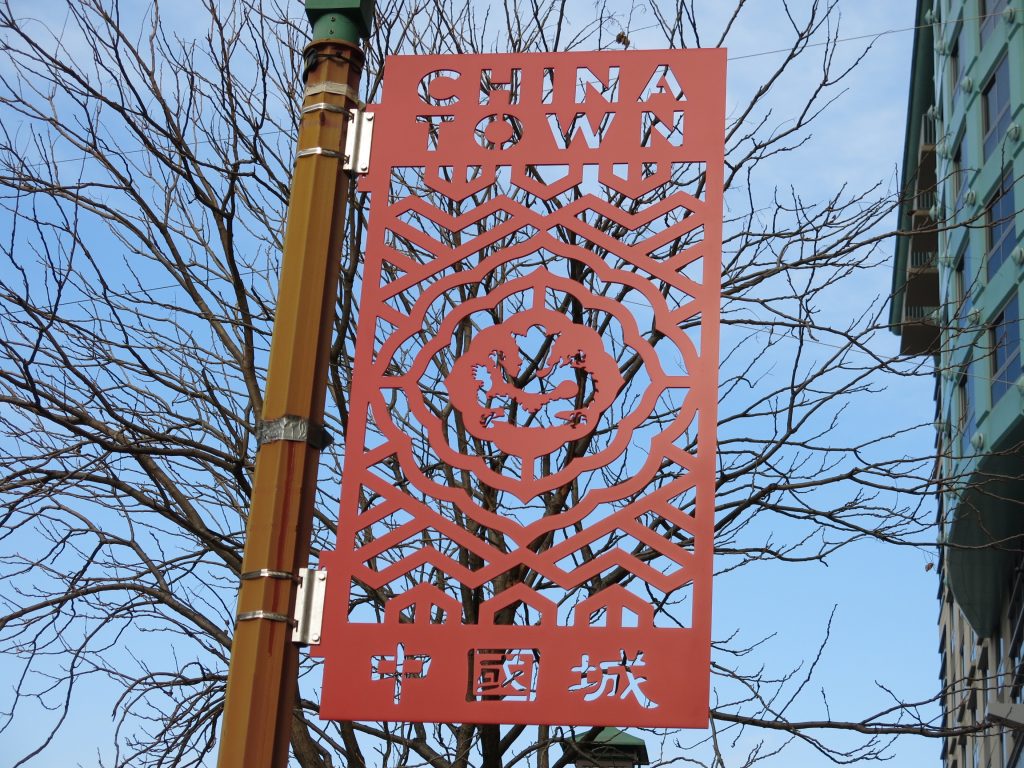 “My office is excited about the debut of the new banners in Chinatown. Creative signage is a major physical element that helps convey a sense of cultural tradition and identity. These banners contribute to the neighborhood’s vibrant appearance, while preserving Chinatown’s unique character and culture,” said David Do, Director of the Mayor’s Office on Asian and Pacific Islander Affairs.

“DHCD’s core mission not only includes producing and preserving affordable housing, but spurring economic development throughout the city. We are pleased to play a role in strengthening Chinatown’s business brand as well as its cultural identity,” said DHCD Director Polly Donaldson.

This project is one of several Chinatown-related initiatives that MOAPIA has spearheaded. Earlier this year, a total of 34 red smart waste receptacles were installed along H, 7th, 6th and I streets NW. Additionally, since 2015, MOAPIA has held summers events in Chinatown Park to help activate this public space and attract new visitors.”