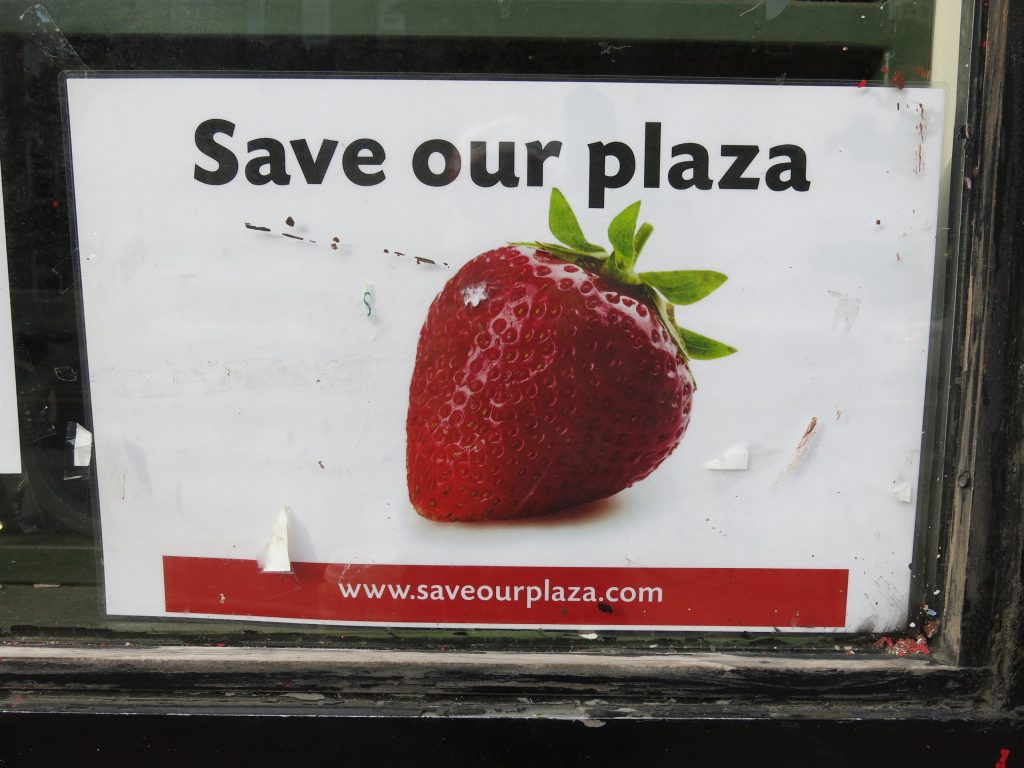 A reader passes on from the Adams Morgan for Reasonable Development:

“Since our October gathering at Madam’s Organ, the SaveOurPlaza team has been quite busy preparing for our upcoming legal trial. In April 2018, a jury of twelve peers will determine the fate of the Suntrust plaza permanently. They will decide whether the plaza stays open and available for free public use or is crushed by more luxury condos and stifling the air and clogging the pedestrian/transit area at the corner of 18th and Columbia Road NW in the center of Adams Morgan. 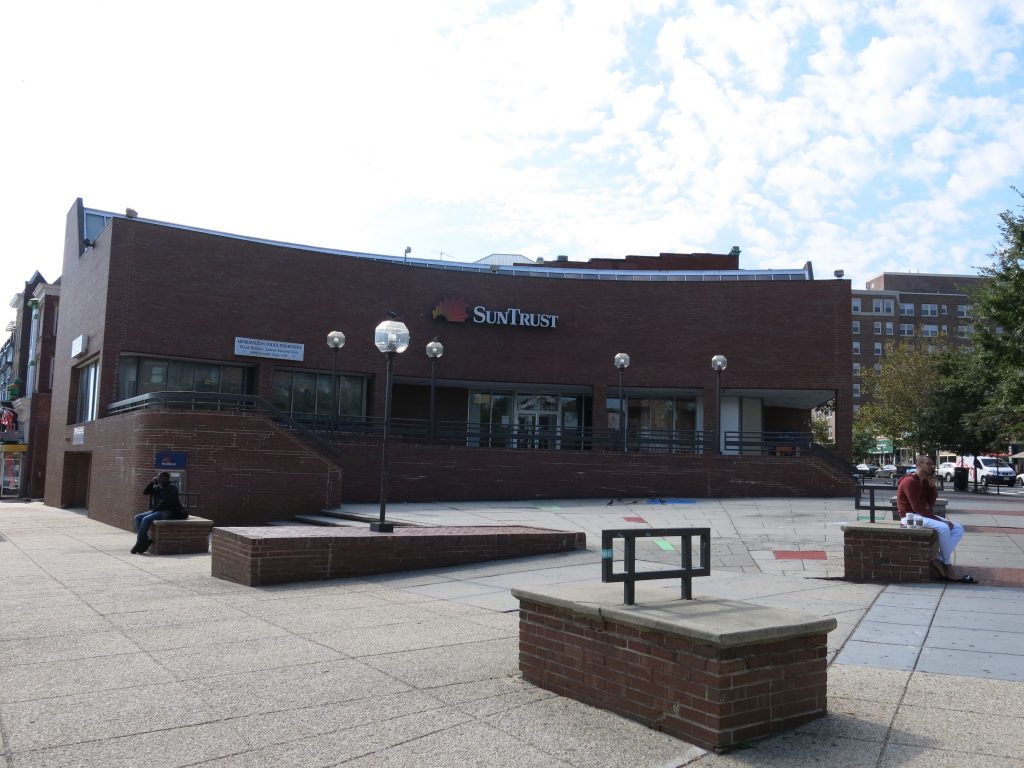 Our lawyer and longtime Adams Morgan resident, Paul Zukerberg has masterfully brought our legal case along.

First we won a preliminary injunction back in August , and now recently Zukerberg has been interviewing Suntrust and PN Hoffman witnesses and also defending SaveOurPlaza witnesses who are being deposed by Suntrust’s corporate attorneys. Thank you Paul! His firm’s website is here.

Suntrust has been pestering the Court with numerous requests that the Adams Morgan community and SaveOurPlaza team put up bond, or financial guarantee, to pursue this case at trial. Suntrust initially asked us to put up a laughable 20 million dollar bond, but then recently demanded 2 million dollars. Last week, the Court decided on a bond in the amount of $5,000.

Use our easy and secure online donation portal here.

We ask you to please be as generous as your budget reasonably allows!

Despite the fact that we won an injunction to protect our plaza, Suntrust and PN Hoffman have been petitioning DC agencies with applications for public space permits, construction permits, and raze permits.

Thanks to your advocacy, the Adams Morgan ANC passed a resolution putting the Mayor and her agencies on notice of the injunction. ANC-1C asked city agencies to halt processing PN Hoffman’s permit applications (to save taxpayer money and precious agency resources) until the trial and controversy about who controls the future of the plaza is over and resolved. The ANC Chair sent this cease-and-desist letter to agencies like the Department of Transportation, Office of Planning, and Department of Consumer and Regulatory Affairs in mid-November. Please express your gratitude to Chair of the Commission, Ted Guthrie, when you see him in the neighborhood!

Contact us with any questions about donations or if you want to host your own gathering to discuss the plaza history and trial. We can help–contact us at 202-670-2366 or [email protected]

We wish you a great holiday season!”

More Stories
The State of DC: How the Cost of Commuting Might Impact Real Estate Value“Is it normal that one of these pop-up/pop-back rowhouses would remain unfinished and unoccupied for over 2.5 years and counting?”