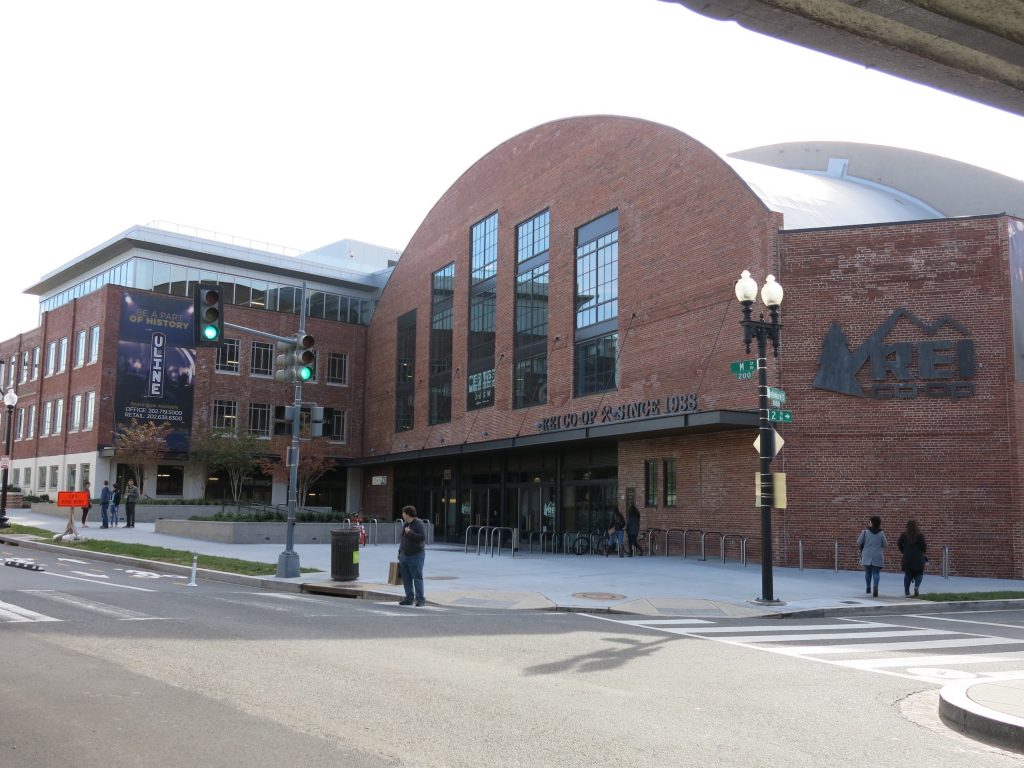 Thanks to Shelley for sending from the NoMa BID:

“Exciting news: NoMa will be getting a brewery in 2018! Red Bear Brewing will establish its first location, a 100-150-seat taproom, in the ground-floor retail space at Uline Arena next to the REI flagship store. The brewery, which expects to open its doors late next summer, was founded by three fellows from Washington State who now call the Washington, D.C., area home (one of them even lives in NoMa).”

“The brewery will occupy the retail space on the M Street side of the Uline Arena next to the entrance to the REI and La Colombe Coffee. It will feature a 150-to-200-person taproom and about 15 seats in an outdoor patio, Raspet said.”

“Craft Beer created as a fusion of both Washingtons. Bringing the Pacific Northwest styles to Washington DC.”