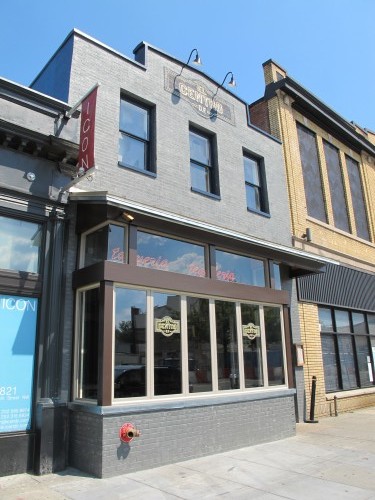 Thanks to all who messaged me about The Root’s Washington, DC’s El Centro D.F. Restaurant Removes ‘No Sneaker’ Policy, Fires Racist Bouncer After Black Man Is Denied Entry:

“Days after a black man, Brian Gordon, was denied entry to Richard Sandoval’s El Centro D.F. restaurant in Washington, D.C., because he was wearing sneakers, even though white patrons wearing sneakers were allowed entry, Ayyaz Rashid, managing partner of the Sandoval Restaurant Group, informed The Root that the bouncer who denied Gordon entry has been fired. In addition to firing the racist bouncer, the restaurant has removed its “no sneaker” policy.”

Ed. Note: We previously spoke about a similar dress code policy at another Richard Sandoval restaurant, Masa 14, back in March 2015.