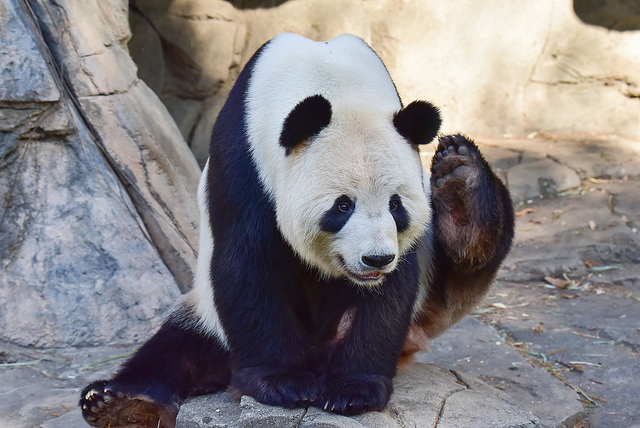 “Tian Tian had a preventative health exam yesterday. He was taken to the veterinary hospital, which allowed our veterinarians to get an up-close and in-depth look at him while he was under anesthesia. As part of the exam, they took a blood sample, urine sample and x-rays. They also performed an ultrasound to look at his abdomen and organs. Veterinarians did not find anything abnormal, but Tian Tian may be starting to show some changes that are normal for an older bear. The biggest change that the keepers have noticed is that he has lost some weight during the past several months. He weighs 260 pounds, and his weight has been holding steady for the past month. His behavior and appetite are normal, but the panda team wanted to take a closer look as an extra precaution. 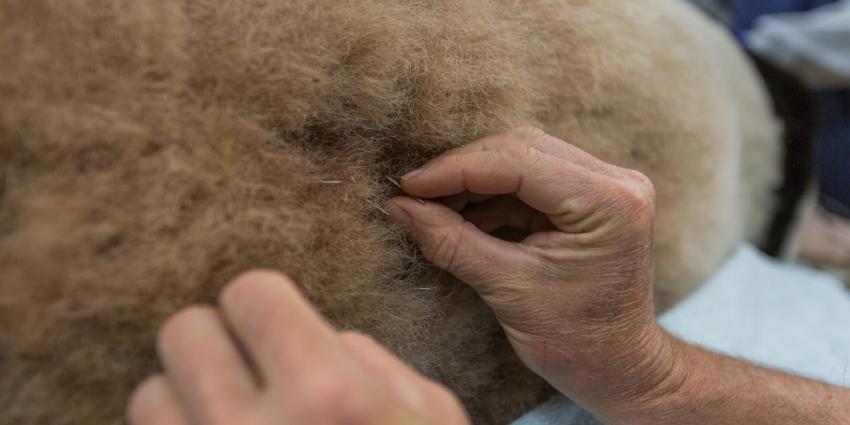 During the exam, veterinarians also took the opportunity to perform acupuncture and laser treatment–both are complementary treatments.

The acupuncture may help improve some of Tian Tian’s overall muscle tone, and the laser treatment may help suspected arthritis in his left shoulder.

After the exam, Tian Tian returned to the Giant Panda Habitat to recover. By the mid-afternoon he was starting to return to his normal routine and eating his bamboo and produce. The panda team will continue to monitor Tian Tian very closely. If they see any more changes during the next few months, they will have a very good reference point to compare those changes to. Visitors to the Zoo can see Tian Tian at the Giant Panda Habitat, and he will still make regular appearances on the panda cams.”