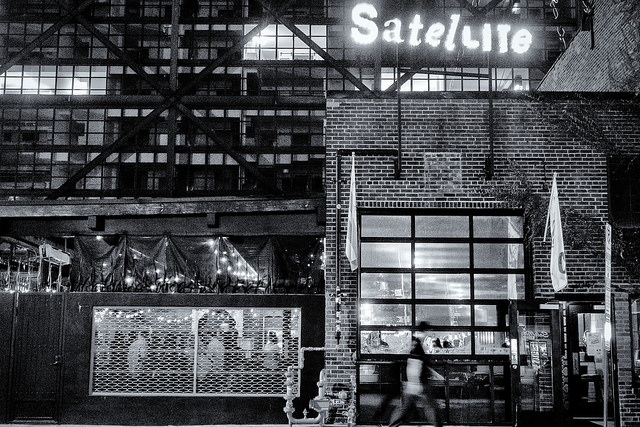 I recently learned that Satellite Room is changing their menu (and seemingly their entire “diner” concept) to feature pizza (apparently it will soon be just pizza, wings, and shakes). Allegedly the switch will happen in the next few weeks.”

Ed. Note: I spoke with one of the owners who confirmed they were dropping the diner concept and switching up to focus mainly on pizza (including by the slice and a gluten free option) and wings (as early as today or tomorrow.) He also said the beer program would be expanded significantly with 20 beers now on tap (from Atlas to 3 Stars, to Flying Dog to Modelo to Right Proper to Evo to Bell’s to Ballast Point to DC Brau, ANXO and PBR of course (and more). Bye bye burgers and tots but boozy milkshakes (and salads) shall remain thank the Gods.

Also of note, there will be DJ’s playing on weekends and a boatload of tv’s have been added.

More Stories
“visiting the DMV to renew every 15 days for the next six months seems like the basis for a Dante-esque sitcom”Today’s Rental has a “NEW wood look tile, and a southern exposure”