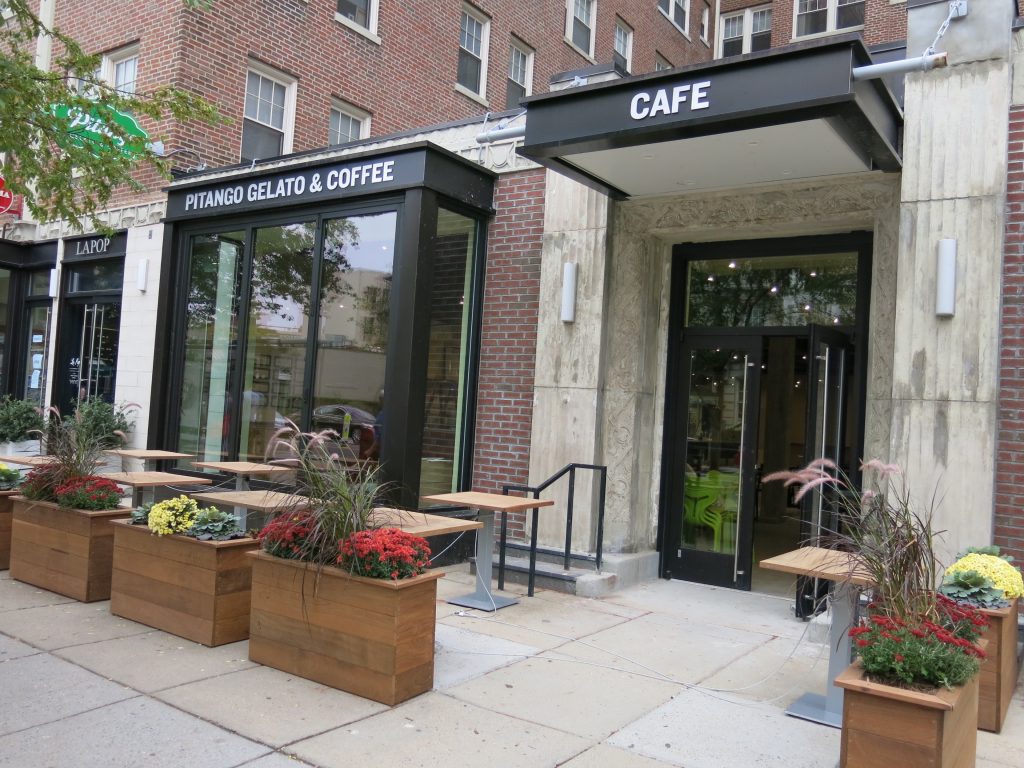 “Pitango, a family-owned artisanal gelatería, will open Pitango Gelato + Café in Adams Morgan on October 28th, bringing an expanded concept to the neighborhood with savory and bar menus. Like a classic Italian café, the spot aims to be a welcoming hangout from breakfast cappuccino and croissants to evening sandwiches and charcuterie. The café will serve beer, wine–and Prosecco on tap.

Gelato will still be front and center at Pitango’s sixth location, which brings gelato production to the front of the house so that customers can view the gelato being churned in an old-style vertical gelato machine from Italy. To help round out its menu, Pitango tapped into some of DC’s culinary and beverage stars: Chef Alex McCoy (Lucky Buns, Alfie’s) consulted on the savory menu, and Chris Vigilante of Vigilante Coffee Roastery created Fortunata, a custom espresso blend exclusively for Pitango.”