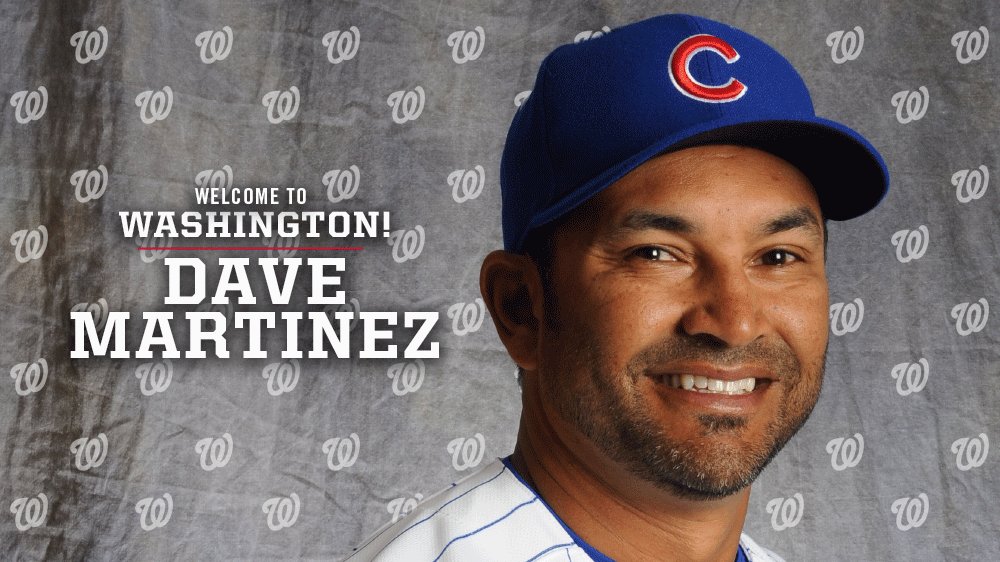 From the Nats Blog:

“The Washington Nationals named Dave Martinez as manager on Monday, agreeing to terms on a three-year contract with an option for a fourth year that makes him the seventh field manager in Nationals history.

Martinez, 53, joins the Nationals for what will be his 30th season in professional baseball. A 16-year Major League outfielder, Martinez has been a Major League coach for the last 10 seasons, serving as Cubs manager Joe Maddon’s bench coach and right-hand man in Chicago (2015-17) as well as Tampa Bay (2008-14). This is the first Major League managerial assignment of Martinez’s career.”

more stories
Previous
Today’s Rental is a “bright, adorable one bedroom condo in Southwest”
Next
“Someone disassembled the ghost bike memorial at First and Florida Ave, NW”