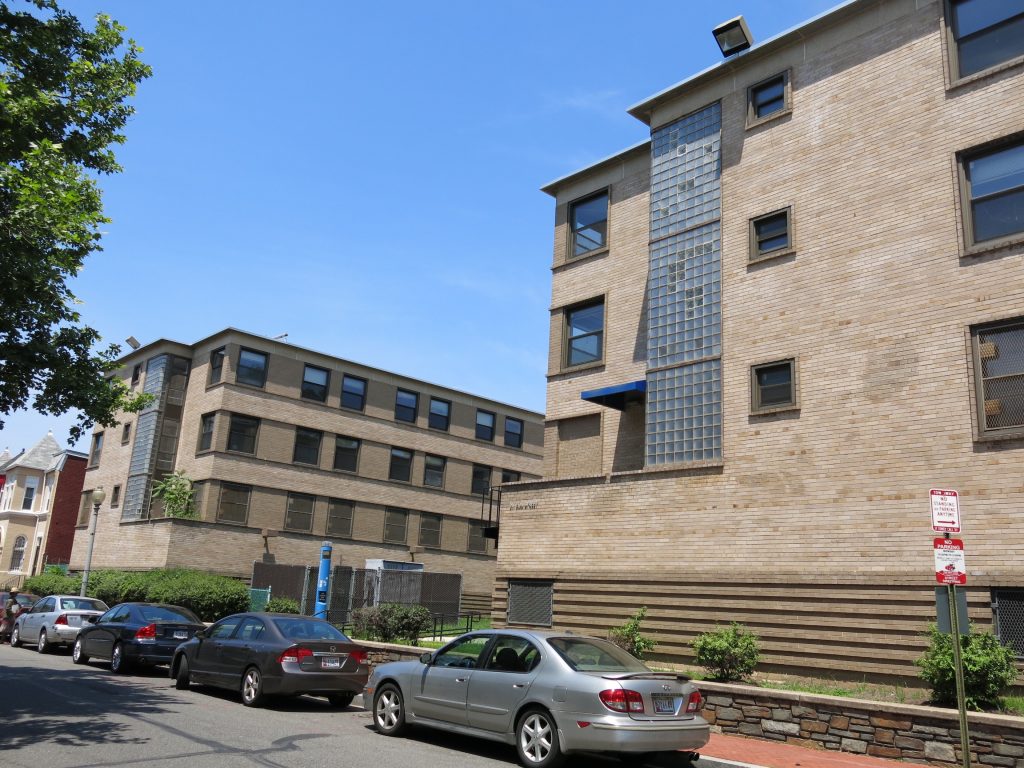 Howard University’s Real Estate Development and Capital Asset Management team issued a Request for Proposals in early 2017 and selected UIP/NDC after a highly competitive process that attracted several local and regional developers. The University will maintain fee simple ownership of the property through an innovative, long-term capitalized ground lease structure and will participate in the upside generated by the project over the term. The full project cost, including a capitalized ground lease payment and redevelopment, is $50 million. Negotiated terms include significant minority participation, ranging from equity partners to trade contractors. The agreement also provides scholarships and internship opportunities for Howard University students. 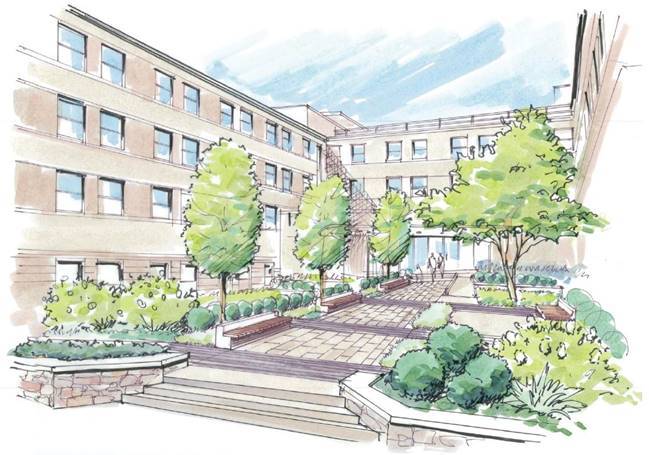 Located in the LeDroit Park neighborhood of Washington, DC, George Washington Carver Hall (211 Elm Street, NW) and Lucy Diggs Slowe Hall (1919 3rd Street, NW) were built in 1942 to accommodate War Department workers. For more than 60 years, the buildings have served as student dormitories for the University. Both are currently unoccupied.

Howard University’s real estate strategy, spearheaded by President Wayne A. I. Frederick, includes a systematic evaluation of its large portfolio of real estate assets, and identification of monetization opportunities accordingly. The two dormitories were slated for closure in the 2012 Campus Master Plan, which outlines the University’s intent to bring students closer to campus to cultivate a more unified educational experience in new and renovated residence halls. With support from the local Advisory Neighborhood Commissions and civic associations, the University received approval from the DC Zoning Commission to remove Carver and Slowe Halls from its campus plan boundary earlier this year.

The UIP/NDC partnership has proactively advanced the pre-development phase during transaction negotiations to design the projects and complete initial construction plans. Interior demolition will begin immediately, and construction will begin in early 2018. Each building will offer a mix of studio, one-bedroom, and two-bedroom apartments, as well as a fitness center, resident lounge, and generous outdoor amenity spaces. Carver Hall will include 15 loft apartments with dramatic 16-foot ceilings, sleeping lofts, and interior feature stairs. Howard University will provide up to 50 parking spaces for new residents at one of its nearby parking facilities.

Bonstra Haresign is the architect for both projects, UIP General Contracting is the general contractor, and UIP Property Management will manage the communities once they are complete.

Both renovated buildings will retain their current names honoring icons in African American history. Additionally, Howard University will install plaques to commemorate the buildings’ namesakes, their legacy, and continued linkage to the University. Named Dean of Women at Howard University in 1922, Slowe was the first African American woman to hold such a post at any American university. Born into slavery in the 1860s, Carver rose to fame for his many inventions and contributions to the advancement of botany and agriculture.

“The strategy to diversify and improve University revenue streams is being furthered by innovative transactions such as these,” said Dr. Frederick. “They will deliver capital to fund other campus modernization initiatives such as a new undergraduate Library, renovated program space for the School of Nursing and Allied Health, and the necessary pre-planning work for a new building for the School of Communications.”

“This transaction reinforces UIP’s track record of working successfully with institutions in need of repositioning non-core real estate, and we are delighted to be working with Howard University as well as our partner, Neighborhood Development Corporation,” said Steve Schwat, Founding Principal at UIP. “This project gives us the opportunity to create unique apartments in a neighborhood that has few existing multifamily buildings.”

Added NDC’s Adrian Washington: “As a true Washingtonian, born and raised, this project realizes another achievement of revitalizing the city in which I grew up. I have a special connection to and respect for Howard University, and this unique project brings to fruition both a professional and a personal goal of continued inspiration. So many young men and women have come through these halls and now, with this revitalization, they will continue to inspire generations to come. We are very honored to have this opportunity to be working alongside both Howard University and UIP to bring this development to life.”

LeDroit Park is a quiet residential enclave just north of the booming Shaw neighborhood. Known for its iconic iron gate and James McGill-designed Victorian homes, it was developed in 1873 as an early gated suburb located outside the original DC city boundaries. Leading African American families began moving there in the 1890s. By the early 20th century, the neighborhood was home to Howard University scholars, literary figures such as Paul Laurence Dunbar, and civil rights leaders such as Mary Church Terrell and the Honorable Walter E. Washington.

Residents of the two new apartment communities will enjoy proximity not only to Howard University and the Shaw-Howard U Metro station, but also to such popular restaurants as Red Hen and Boundary Stone, the Howard Theatre, and the rapidly expanding selection of shopping and dining destinations in nearby Shaw and Bloomingdale.”

More Stories
“George has chained himself to his house”Scuttlebutt: The Heights Sold (Again) in Columbia Heights. Sports Bar Coming?