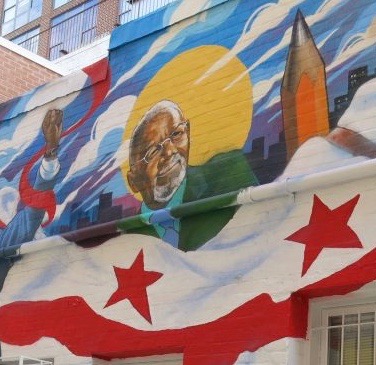 From new Ben’s Chili Bowl Mural on U Street

A sad day for the District of Columbia.

“We are heartbroken to announce that Jim Vance died this morning.

For more than 45 years, Jim Vance was not only the soul of NBC4 but of the entire Washington area. His smooth voice, brilliant mind and unforgettable laugh leaves each of us with a tremendous void.

Vance told viewers earlier this year that he was undergoing treatment for cancer.

Sad news. Our great News4 and community friend Jim Vance has died. An honor to have known & worked with him. pic.twitter.com/AeogiIHo19

Jim Vance was not just a newscaster but a voice and leader of this city – a legend who will be missed greatly. pic.twitter.com/8bm1WGMHr5

Ride on, Jim Vance, ride on. Our great NBC4 anchor & community leader has died. Keep him in your hearts. pic.twitter.com/rqvxEtU448