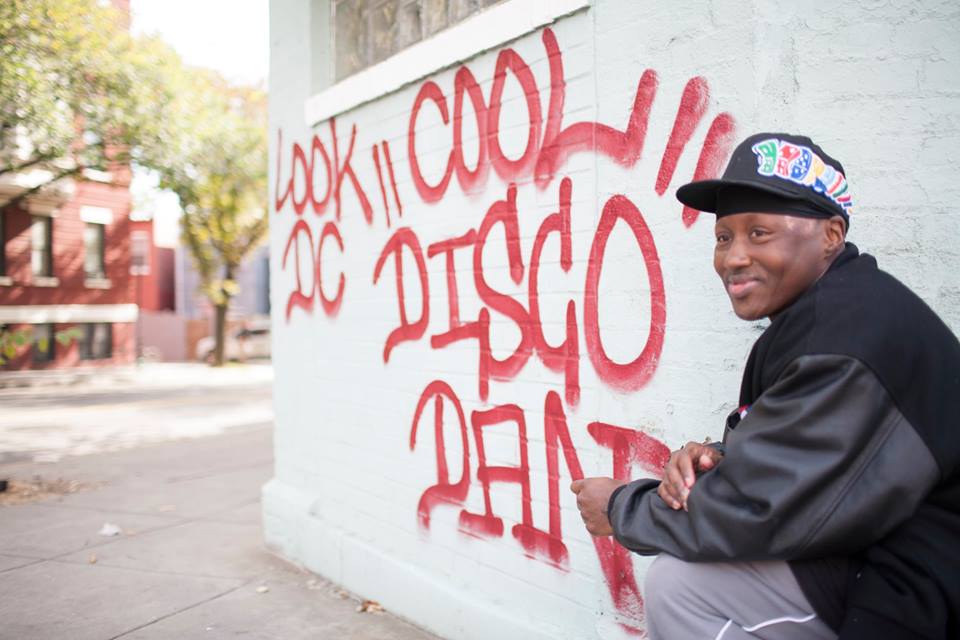 via The Legend of Cool “Disco” Dan

Thanks to a reader for passing on from the The Legend of Cool “Disco” Dan Facebook Page:

“With heavy hearts, we are saddened to report that Danny Hogg, known worldwide as Cool “Disco” Dan, passed away on July 26, 2017 due to complications from diabetes.

Like most people in the Washington DC area, we knew Cool “Disco” Dan’s mythic graffiti signature before coming to know him as a person. We were teenagers in the early 1990s and this name was everywhere. His signature really was mythic, because in our circles, tall tales abounded about the Dan behind the name.

With a name so big and so famous, one expects an enormous, superhuman character to be behind it. Yet Dan – Danny Hogg – was short, with dark skin and an ability to become almost invisible even as he stood right in front of you. He was quiet and avoided eye contact. But he wasn’t unfriendly, you just had to be patient as he overcame his shyness to become the laughing, smiling storyteller he could be when he was comfortable. 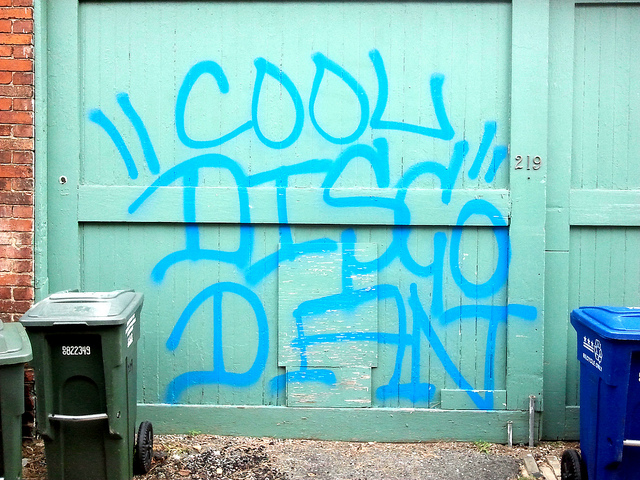 As we grew to know him over the years, from the times we spent together and through the hints of stories of his youth, we came to realize what a special, resilient, and important person he was. His memory was remarkable, and in the times when he was comfortable enough to open up and tell us stories of his childhood and of the characters that populated the Washington DC of the 1980s, we ended up sitting like children at story time, utterly swept away by tales of a city that we liked to think we knew.

Dan fascinated us more and more, year by year, we realized that this was one of the rarest of people: a person who embodied Washington, the real Washington, not the federal Washington, but the one where people live, love, grow, and die. He was Washington, DC – ask anyone who knows.

When among people with whom he let his guard down, Dan was extremely sensitive, kind, and big-hearted. If he was out walking and encountered a homeless person, Dan would give that person whatever money he had on him. Dan always said “thank you,” even for things that one does not need to say thank you for.

We are devastated by the tragic news of Dan’s untimely death. We are honored to have known Dan, to have been a part of his journey, and most of all to have been able to tell his story and call him a friend. His gift to DC is a life, a name, and a story that has taught us about where we come from and who we are. Even though Dan is no longer among us, he will always be a part of Washington DC.

Our heart goes out to his family, his friends, and to all of the Washington residents who understand the magnitude of his life and loss. More information will follow as we have it. You will be missed, Danny Hogg. And thank you.

More Stories
It’s a metaphor Vol. 136 – Sinkhole on Capitol HillWith Today’s Rental You can “Enjoy the luxury of having us pay for your utilities”