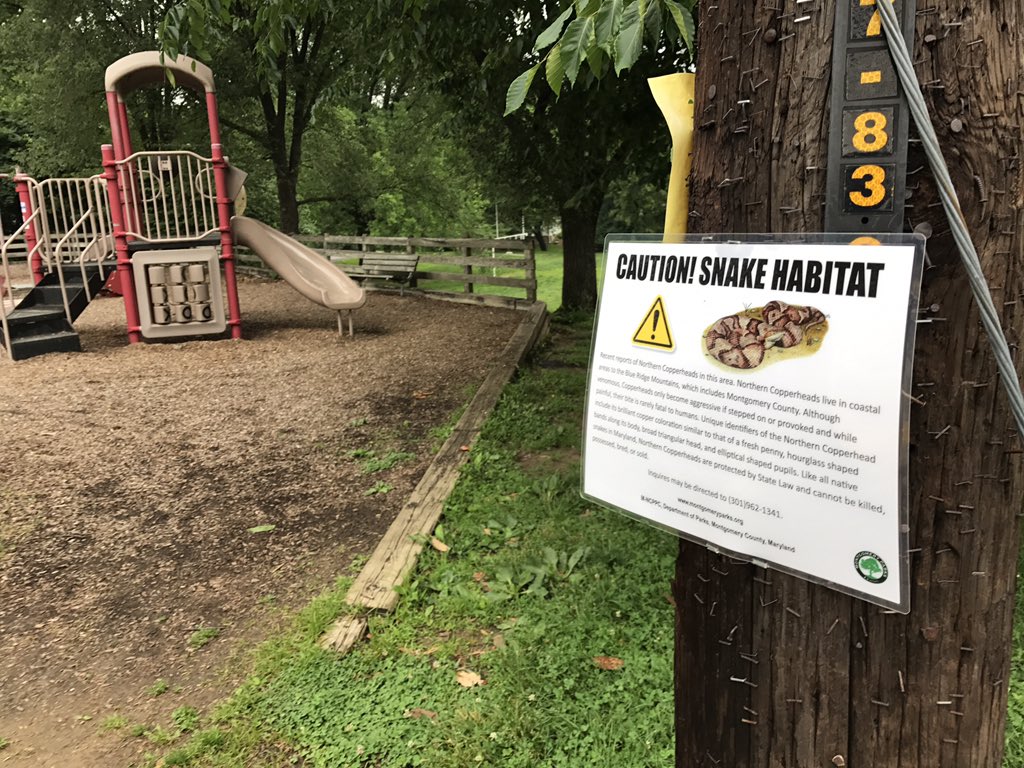 “The copperhead is a carnivore, as an adult eating mostly mice but also small birds, lizards, small snakes, amphibians and insects‐especially cicadas. Copperheads have fangs that inject its prey with venom that causes red blood cells to break down. Thus subdued, the prey is easy for the snake to swallow whole.

The copperhead is the cause of many snakebites yearly but they are rarely fatal. Bites occur by accidentally stepping on or touching the snake, which tends to be well camouflaged with its surroundings. When touched, the copperhead quickly strikes or remains quiet and tries to crawl away. Sometimes when touched, they emit a musk that smells like cucumbers.”

Does anyone know if hawks eat snakes?